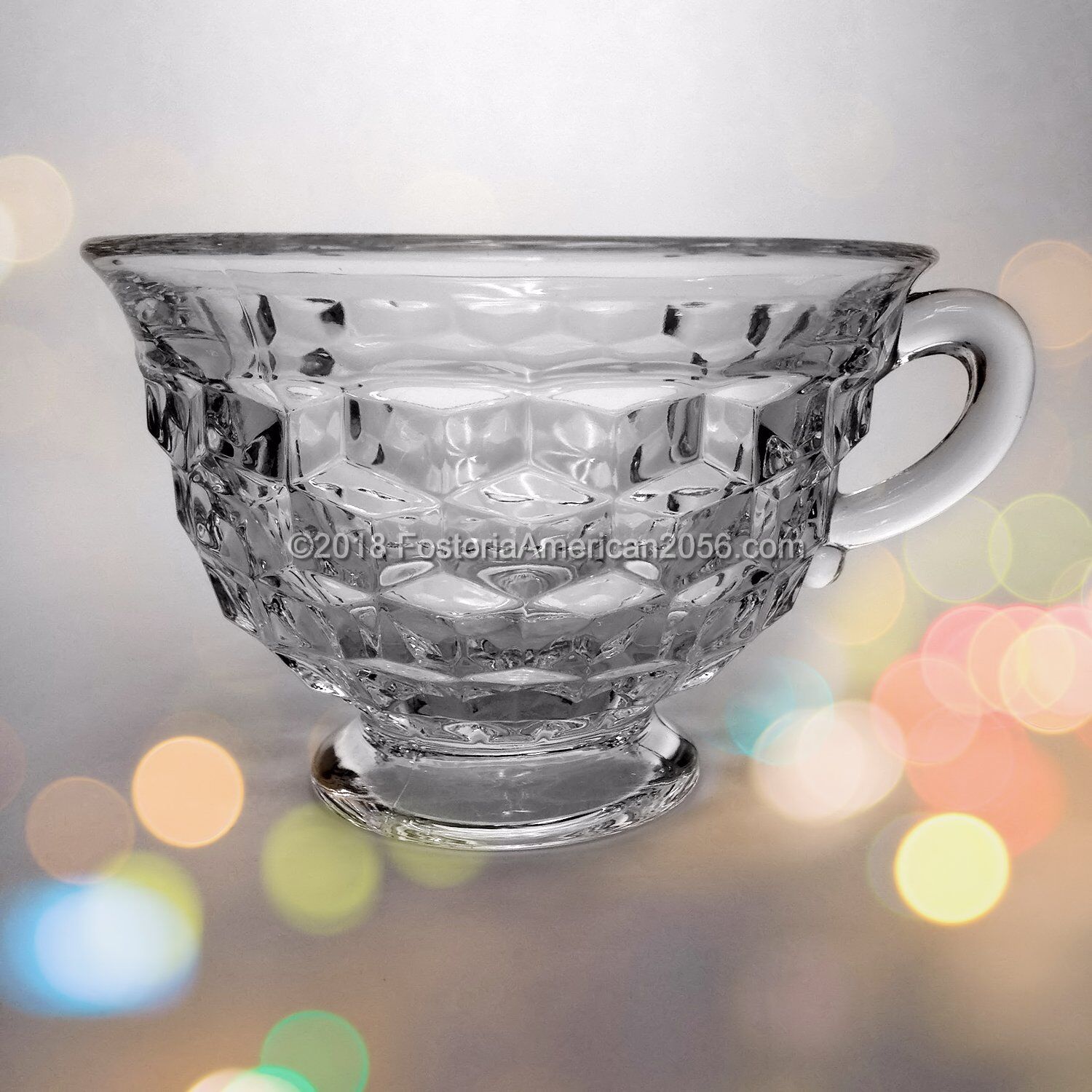 Fostoria American’s Footed Cup is a piece that I find intriguing.  While I am aware that published authors on the American pattern sometimes refer to this cup as a “Punch Cup” and/or a “Coffee Cup”, I merely call it a “Footed Cup”.  The reason I do so is because that is how Fostoria Glass Company referred to it in their many catalogs.

Obviously, this piece is perfect for sipping a cup of delicious coffee.  Fostoria Glass must have had the same idea, for they produced a Saucer that fit the Footed Cup perfectly.  That being said, it also is the perfect cup for serving punch or a cup of tea – or just about any other beverage. Thus, this particular piece in the Fostoria American line is very versatile – and I will leave it to you to decide on how to use it.

The cups in the American pattern can be somewhat confusing.  The Footed Cup was first produced in 1932, and then the Footed Punch Cup was introduced much later – in the early 1970’s.  It is the Footed Cup that you most often see paired with the Saucer.  The “Flared Coffee Cup” that some book authors refer to is actually the Footed Cup.  As I mentioned before, this topic can be confusing.

The Footed Cup has three mould seams, and the height is approximately 2¾” (a bit taller than the other cups because of the foot).  Each cup holds approximately 7 ounces.  Fostoria produced six different types of cups; however, the Footed Cup is probably the most recognized and seen.  Since Fostoria gave it a generic name, its usage is limited only by your imagination.

If you are interested in learning more about current availability and pricing for this piece, please click the following sponsored link for available Footed Cups on eBay. 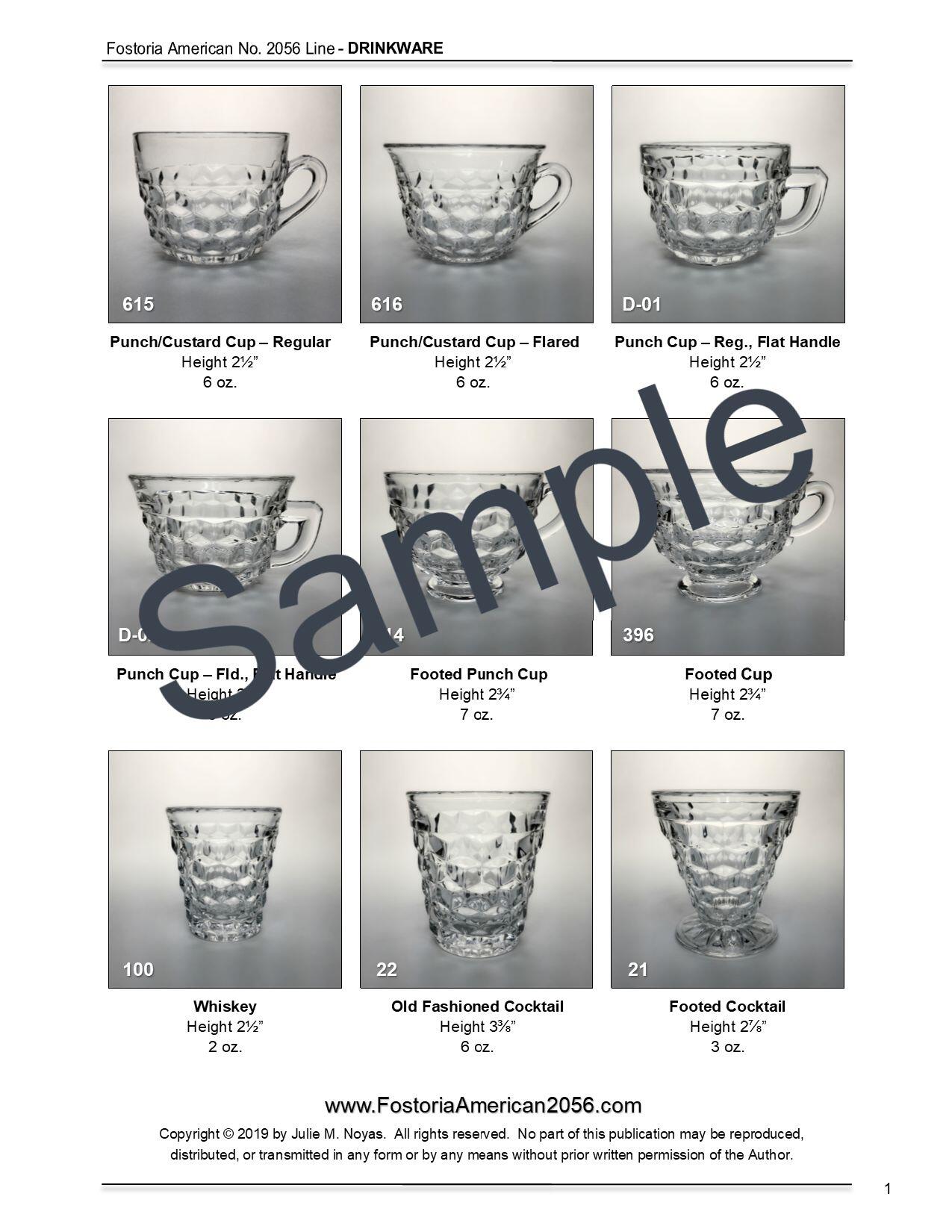