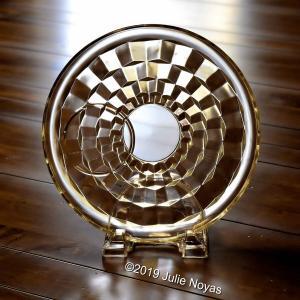 The Whitehall and/or American Whitehall pieces were not produced by the Fostoria Glass Company.  The different Whitehall patterns seem to be a topic of much confusion, and it is easy to understand why.  Since I have received so many requests for help on this subject, I have published a very thorough Whitehall PDF Report on the differences between the Whitehall lines and the Fostoria American pattern.

The Whitehall pattern was produced first; originally produced by the Colony Glass Company.  Years later, when Lancaster Colony (parent company) purchased Fostoria Glass, a significant number of original Fostoria moulds were merged into the original Whitehall pattern.  It was at this time that the Whitehall line was changed to American Whitehall.

The Whitehall and/or American Whitehall pattern produced many lovely pieces in a variety of colors.  Their items not only came in Crystal, but were also produced in Olive, Gold, Riviera Blue, Ruby, Evergreen, Blue, Teal, Cobalt, Peach, etc.

This is a wonderful collection of dishes to use every day, and are very durable. When you don’t want to risk breaking a beloved piece of genuine Fostoria, the vintage Look-Alikes will come in very handy.

If you are interested in learning more about current availability and pricing of Whitehall and/or American Whitehall pieces, please click the following sponsored link for available items on eBay.

This is my most requested report by far.  It will provide you with information on how to tell the difference between a Whitehall and/or American Whitehall item and that of Fostoria American.  Noticeable differences can vary from one piece to the other.  One should not apply a blanket rule for all products, as that theory will eventually fail.  My sincere hope is that you find the information extremely helpful.

“Julie:  Just wanted you to know what a wonderful work your book is.  I’m a new collector and was having a lot of trouble separating Whitehall from FA.  After I study your well-done book a few more times, I don’t think I’ll have any trouble at all.  Thanks.” 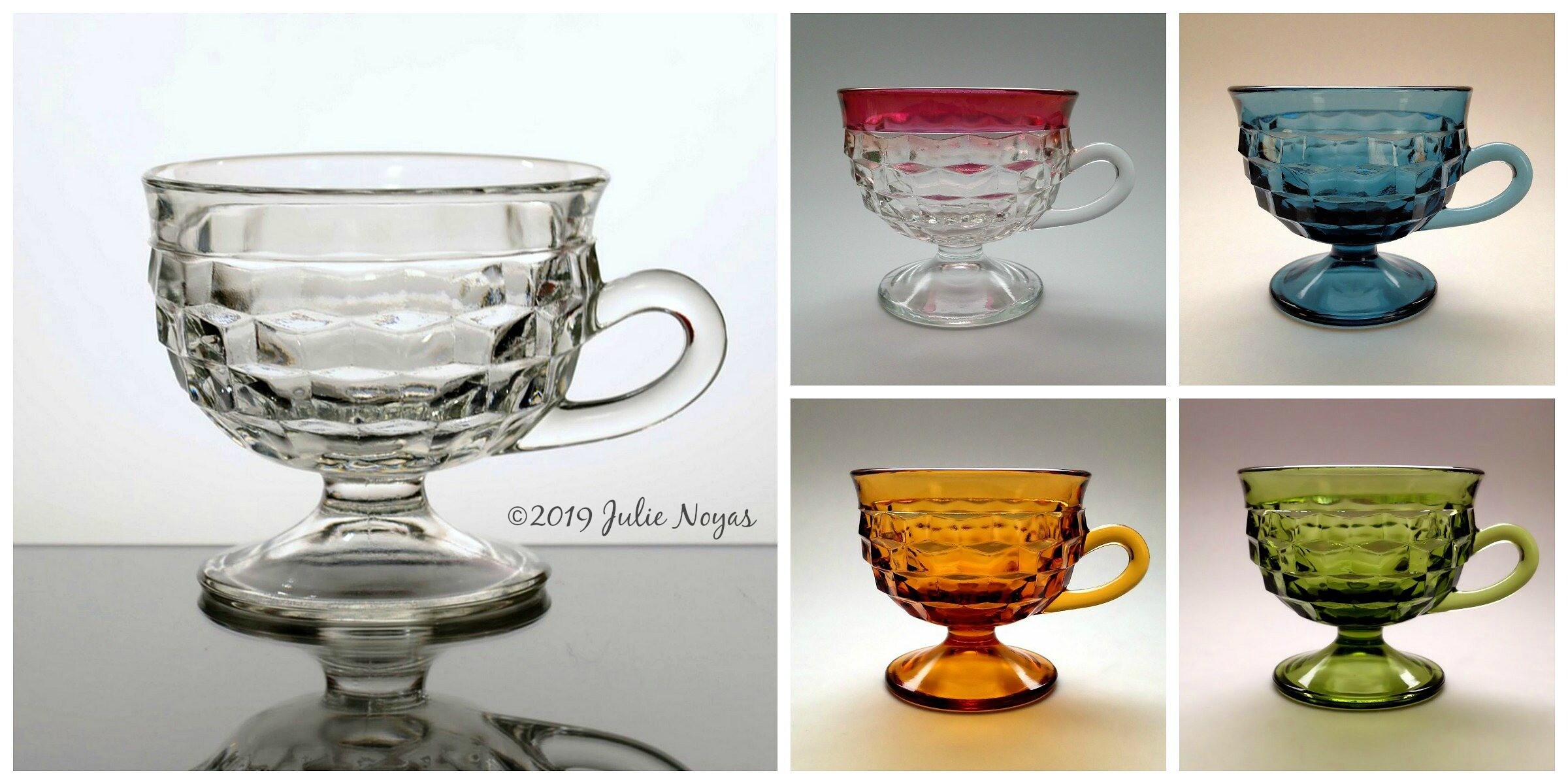