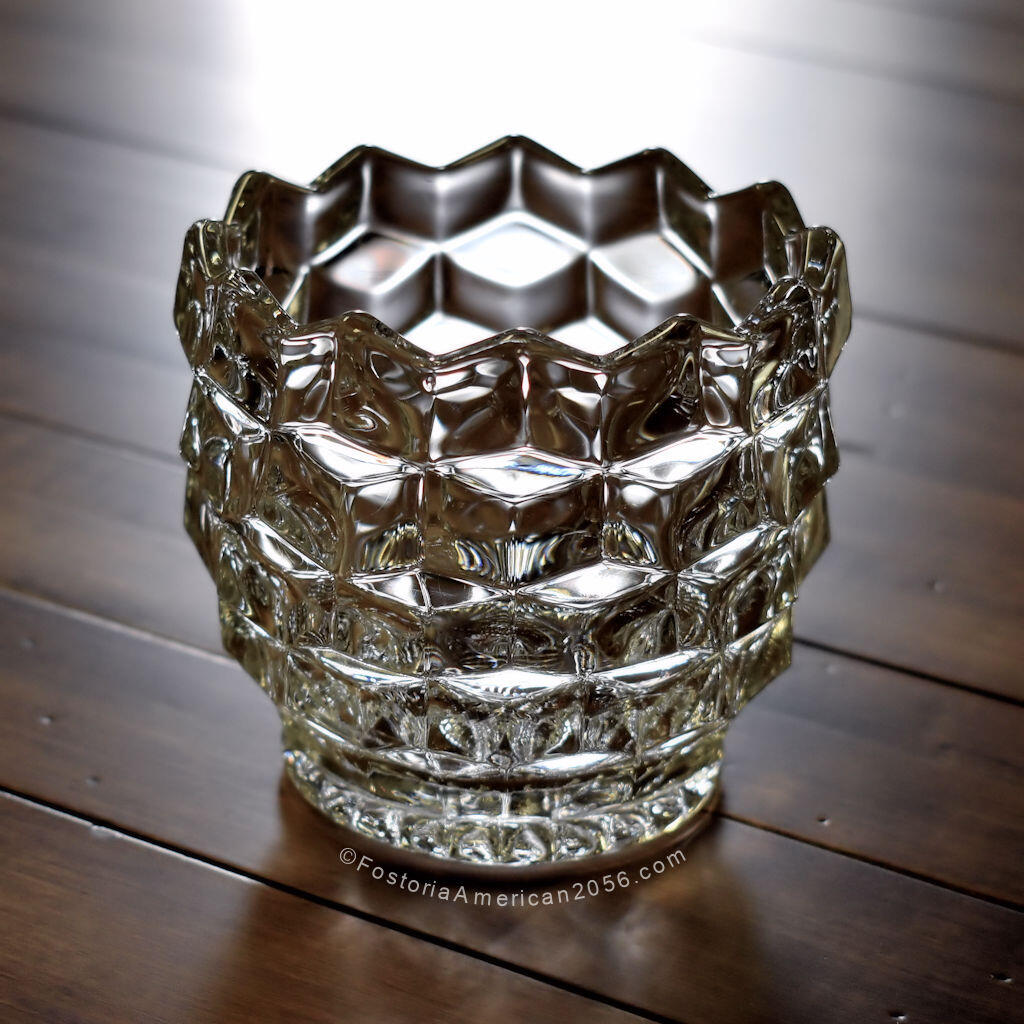 There has been much confusion regarding this piece, as published information on it has been conflicting, at best.  The production dates that I give are an estimate, and I truly believe that the original Spoons were only produced until the late 1920’s.  Price lists and catalog data on the American pattern are still missing for a few years during this time period.  It has been confirmed; however, that the Spoons were still being produced in 1925.  I don’t show them being produced in 1928.  I will post a more definitive ending date once (and if) records should surface.

In 1915, when this item was introduced, Fostoria Glass described this piece as a “Spoon”.  Some collectors prefer to call it a Spooner; however, I shall remain true to Fostoria’s original description and spelling of this item.  These type of open containers were used to hold spoons on the table, and they did not have a cover.  There is; however, a Sugar & Cover (aka Candy & Cover) in the American pattern that has a strikingly similar bottom.

There are differences in a true Spoon and the Sugar & Covers.  I seem to have a different approach than most in determining what item is which.  The Spoons have a top diameter measurement of approximately 3¼”, versus the larger 4″ opening on the bottom piece of the Sugar & Cover.  The S&C covers won’t fit on an original Spoon.  Another factor is the number of petals or rays in the bottom of the piece. The original Spoons have a total of 22 rays, whereas many of the Sugar & Cover bottoms have 24 rays.  Therefore, we know that the exact same mould was not used for the entire lives of both pieces.

If you are interested in purchasing similar items, please click the following sponsored link for available Spoons (Spooners) on eBay.