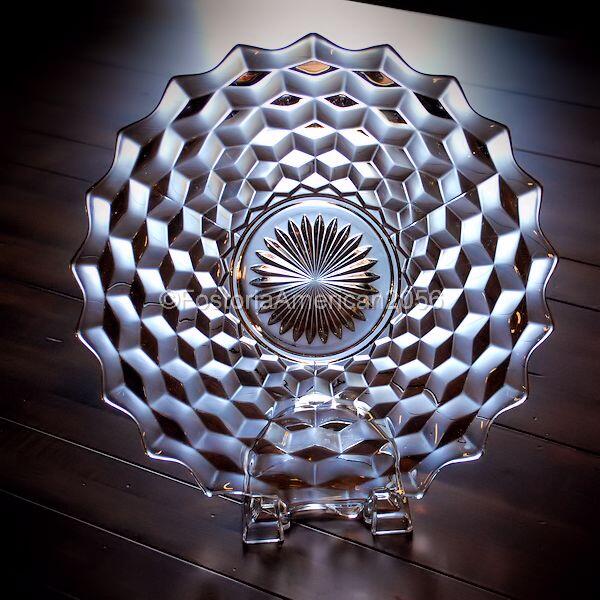 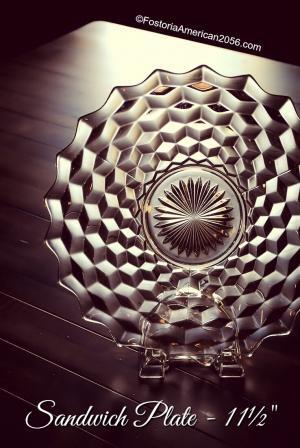 The 11½” Sandwich Plate had a long life and remained in the American line until approximately 1974.  After Fostoria Glass closed its factory, this piece was never reproduced by the Lancaster Colony Corporation.

An interesting fact about this particular Sandwich Plate is that it is often confused with other items in the Fostoria American line.  Many times it is erroneously sold as a Cake Plate. Even more commonly, it’s often misclassified as a Cracker Plate – the piece that accompanied the Footed Cheese.  Both assumptions are wrong; however, it is easy to understand the confusion since all the pieces are approximately the same size and look almost identical.  The key words being “almost identical”.

If you are interested in learning more about the current availability and pricing of Fostoria American Sandwich Plates, please click the following sponsored link for available Sandwich Plates on eBay.