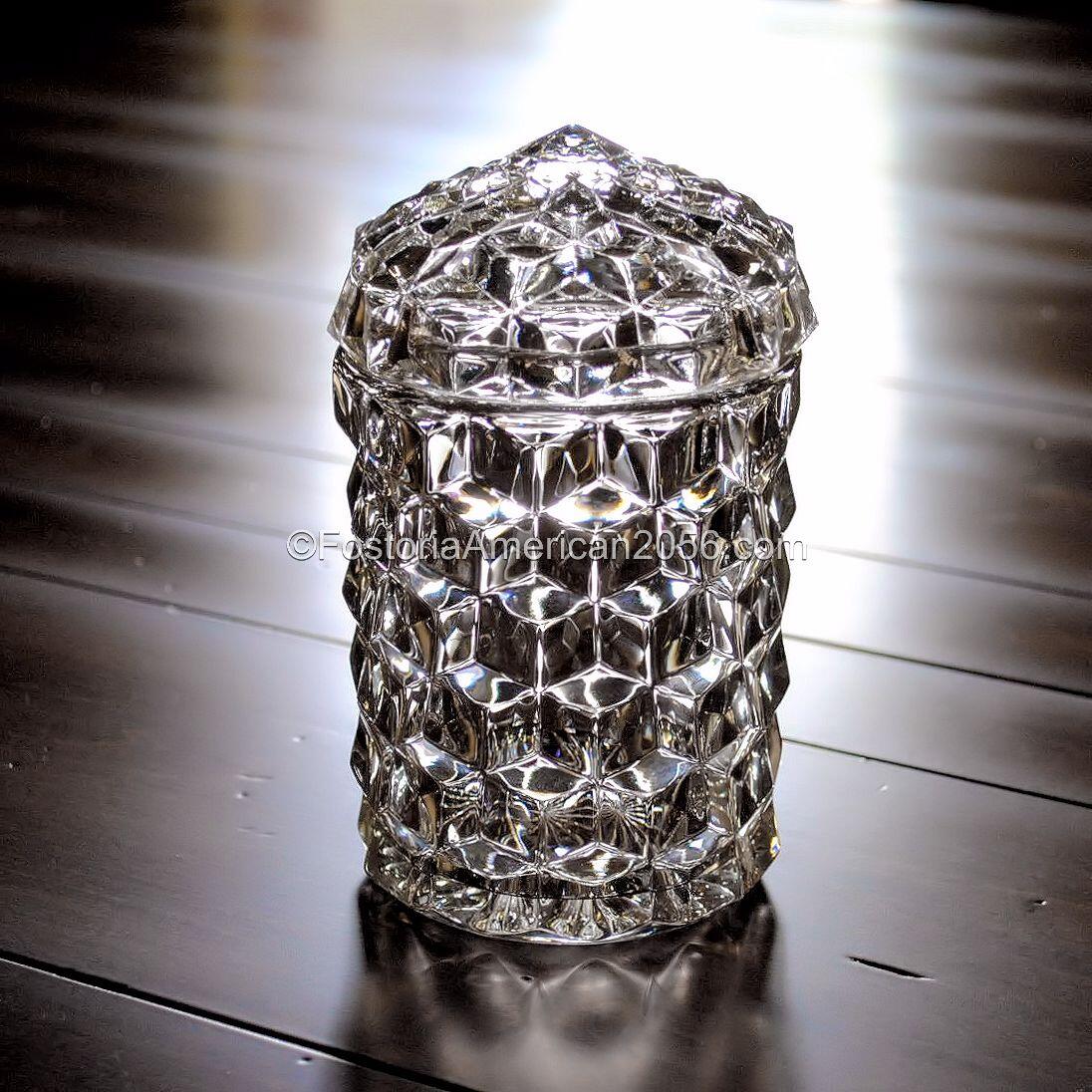 There are certain items in the Fostoria American line that were produced for a few years and then discontinued – only to resurface years later under a different name.  As our eating and dining habits changed throughout the years, reintroduction of previously produced items seemed quite practical.  The Pickle Jar is one such item, for it was later called the Jam Jar.

When the Pickle Jar was first introduced, it was in the debut of the American pattern.  The year was 1915, and it stayed in production through 1925.  It would resurface in the mid-1930’s under a new name, the Jam Jar.  The Jam Jar was produced through 1943, and then dropped from the 2056 line.

Of all the covered pieces in the American line, the Pickle Jar Cover is one of the most unique.  While the cover is easy enough to remove from the jar portion, one should do so with care.  Unlike most other covers, this one does not have an official knob or handle for retrieval.  In contrast, this particular piece has a slightly elevated point resting on top of its lid.

It is quite common to find Pickle Jars without Covers, as many bottom pieces were sold to other companies that specialized in making metal filigree frames, holders, and casters.  These were very decorative pieces, and special covers were made for such items.  There are also Pickle Jar bottoms that were never intended to go into holders; instead, they were adorned with beautiful sterling silver lids.  Obviously, the Pickle Jar bottoms were made by Fostoria; however, they did not produce any of the decorative metal lids or holders.

If you are interested in learning more about current availability and pricing for this piece, please click the following sponsored link for available Pickle Jars on eBay.