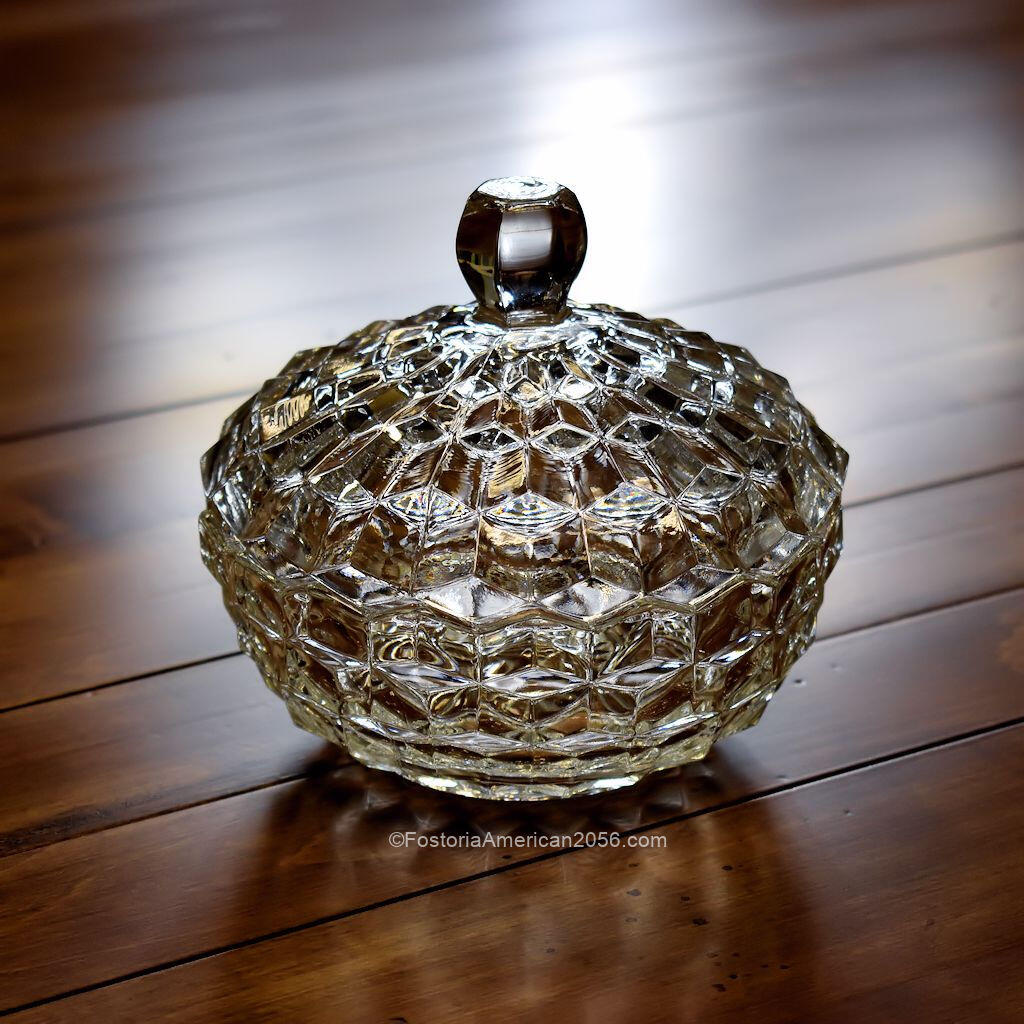 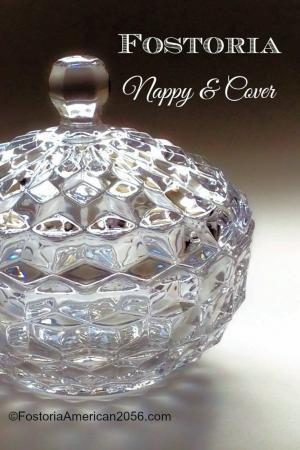 The Nappy and Cover is approximately 5″ in height. The Nappy Cover (or Lid) is approximately 3” high and has an inside retainer ring of clear glass.  While Fostoria Glass officially called this piece a “Nappy”, it is also referred by many as a candy dish.

If you find a similar dish in color, then it is probably the Whitehall version. The American Whitehall Candy Box was manufactured in a variety of colors – such as Blue, Ruby, Green, Blue Carnival, and more.  It was also produced in clear crystal.

The Nappy and Cover was produced for many years and is still fairly easy to find in the aftermarket.  If you are interested in purchasing this piece, please click the following sponsored link for available Nappy and Covers on eBay.