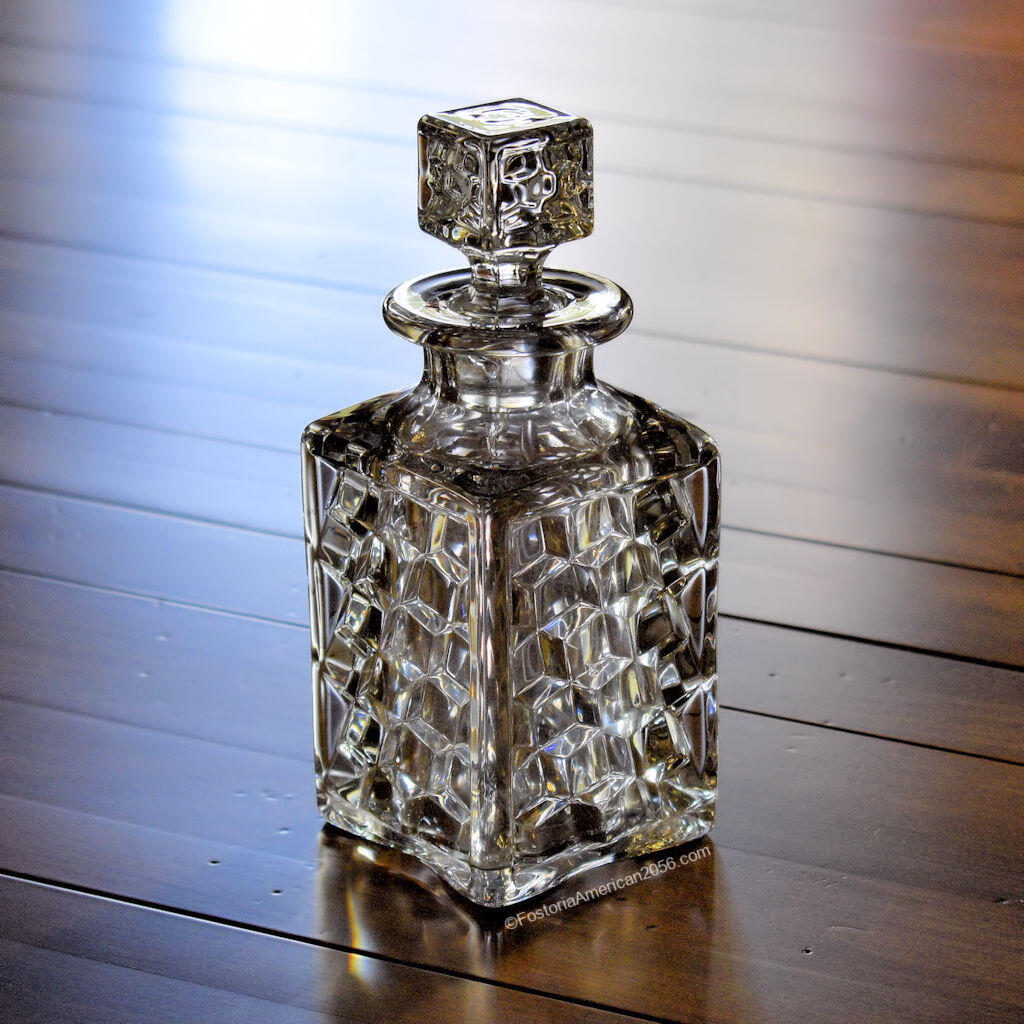 The American pattern produced two Colognes – a small version and a large version.  The latter seems to have had little recognition over the years.  It is simply overlooked in a few American resource books.  In other publications, when it is mentioned, sometimes the wrong photo or size has been shown.  I have talked with many long-time American collectors and sellers who were quite surprised to learn that the American pattern produced two different-sized Colognes; therefore, it was important for me to get the facts straight.  There is no doubt of my findings, which have been documented and verified through official Fostoria records.

The Large Colognes were actually the first to be offered in the American pattern, making their debut in 1915.  The smaller colognes did not make an appearance until ten years later.  This is an important fact to remember.  Unlike their smaller siblings, the Large Colognes were only produced in clear crystal and they showcase bigger cubes in their design.  They came with a Stopper, which is approximately 2¾” in length.

When it comes to the holding capacity of the Colognes – whatever the size – expect some fluctuation.  For the most part, Fostoria Glass described their American Colognes as either being “Small” or “Large”.  Every now and again we will see a mention of the holding capacity in catalogs as being 8 oz. for the Large, and 6 oz. for the Small.  In 1928, a price list mentions the Small Cologne as being 4½ ounces – which in all probability – is a misprint or clerical error.  You should always consider the holding capacity that is mentioned in Fostoria’s catalogs/price lists as being an estimate, not an exact measure.

If you are interested in learning more about current inventory and pricing for this piece, please click the following sponsored link for available Colognes on eBay.