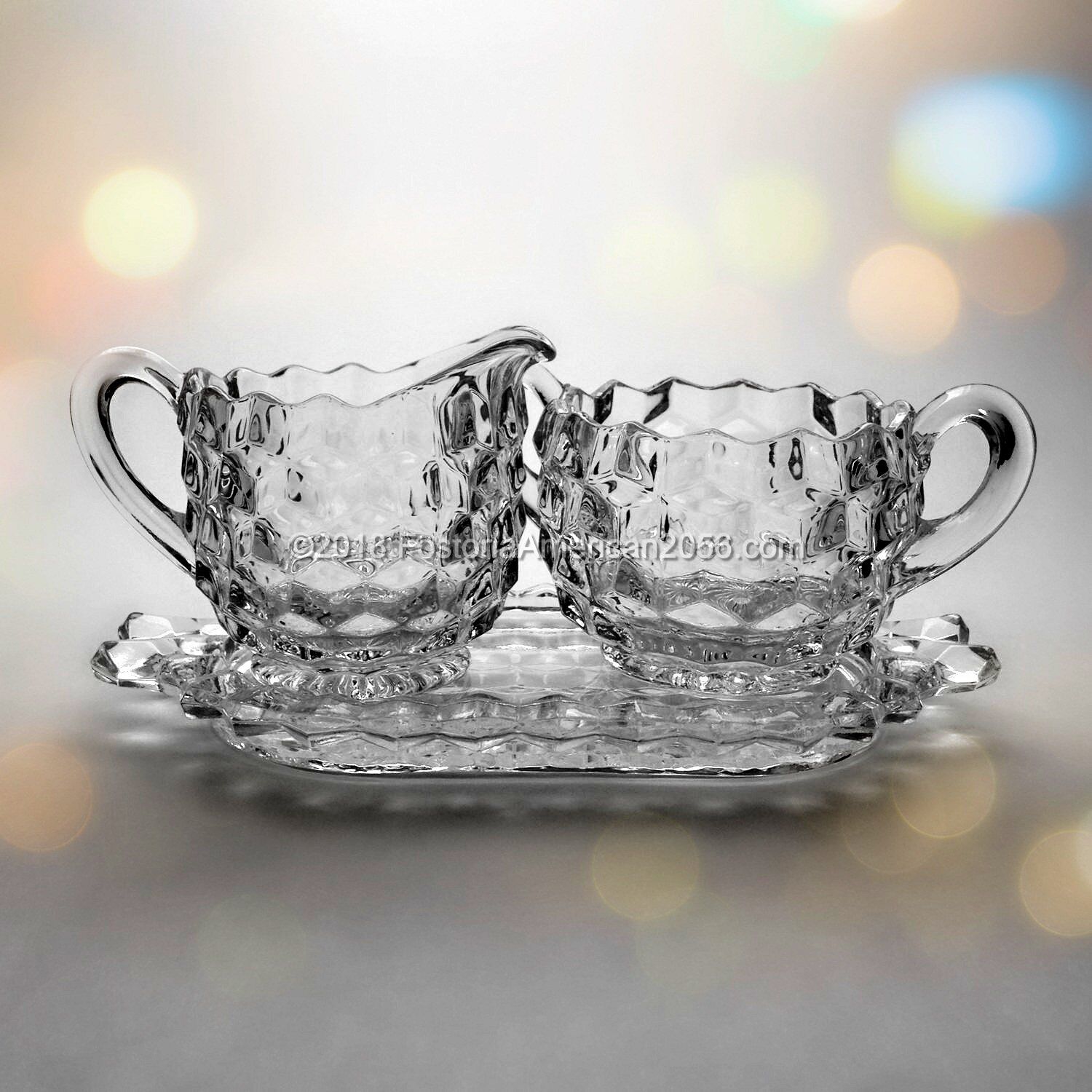 The following measurements are approximate, as each item was handmade and can vary slightly.  The Individual Sugar is about 2½” tall, and it does not include a cover or lid.  The Individual Cream is about 3″ tall and has a holding capacity of approximately 4 ounces.  The Set included a third item, a Sugar and Cream Tray.  The Tray portion is about 6¾” in length, and when measured from handle to handle – it is approximately 8″ long.  The same Tray was used for both the Individual and Tea-sized Cream and Sugar Sets.

If you are interested in learning more about current availability and pricing for this set, please click the following sponsored link for available Cream and Sugar Sets on eBay.