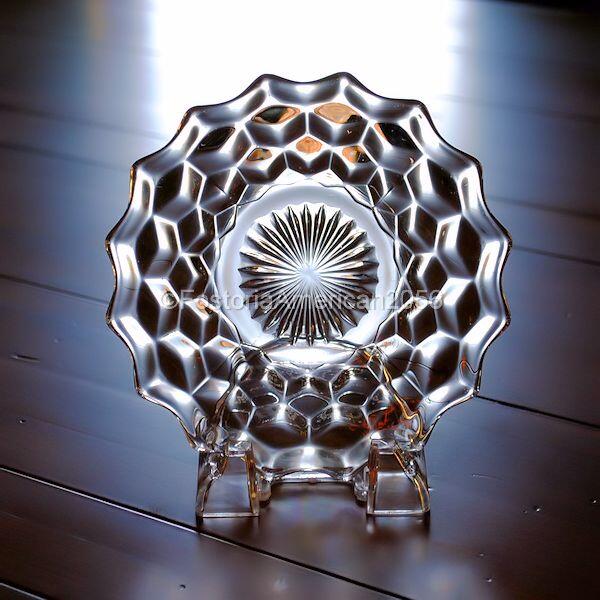 The Fostoria American Ice Tea Plate has the distinction of being one of the first items introduced in the American pattern back in 1915.  There was not a big supply of these plates produced; hence, they are not easy to locate. The Ice Tea Plates were sold as a separate item from the Ice Tea glasses.  When these two pieces are suited together, they make for a beautiful duo.

The Ice Tea Plates are approximately 6″ in diameter, and at first glance, look similar to the 6″ Bread and Butter Plates. Their similarity in size and shape has caused confusion between the two; however, there are differences.  The most prominent difference is that there is no visible ring around the center design of the Ice Tea Plate, as it has been totally ground off on the underside.  There is an obvious center ring on the Bread and Butter Plates. 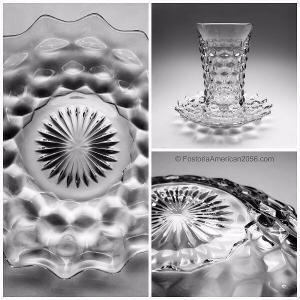 Bear in mind; however, that these type of plates are sometimes mistaken for the Bread and Butter Plates, etc.  Many people do not know their correct name, so you will need to search for all types of plates in case they are misclassified.