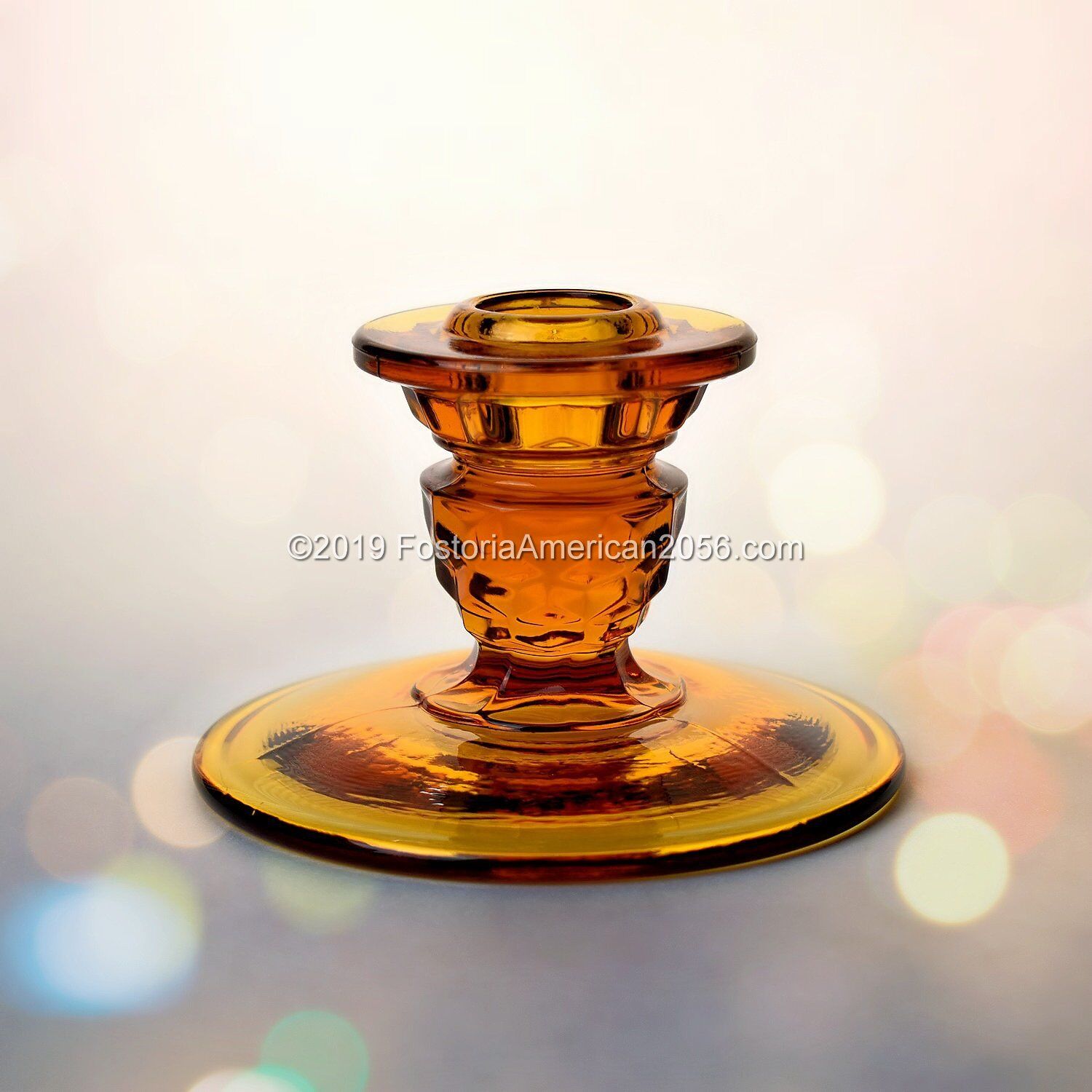 With no accurate records to validate exact production dates for items produced by L. E. Smith Glass Company, I can only give an approximation as to when these items were produced.  My best estimate would be from the mid-1980’s through the early 2000’s.  These items were being sold, under the Fostoria American label, in the Wheeling Fostoria Outlet Store during that time.

Fostoria Glass primarily produced this candlestick in clear crystal.  Dalzell Viking Glass also made it in a few different colors – such as pink and green.  The L. E. Smith Glass Co. produced these pieces in cobalt blue and amber.  I will state; however, that the quality of glass and craftsmanship on the L. E. Smith pieces that I own do not compare to those made by Fostoria Glass. 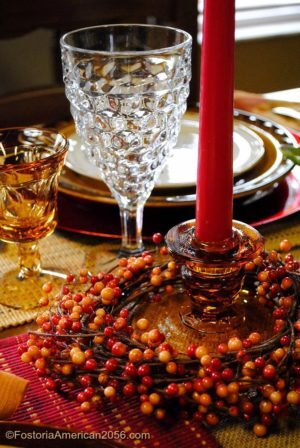 My personal opinion on these candlesticks is this … the ones actually produced at the Fostoria glass factory have the greatest clarity and craftsmanship of them all.  They; however, are also the most plentiful.

The colored candlesticks, whether produced by L. E. Smith or Dalzell Viking, are more difficult to find.  They had a much shorter production life.  They do; however, offer a way to introduce different shades and colors into your tablescape, which is always a nice option for the hostess.