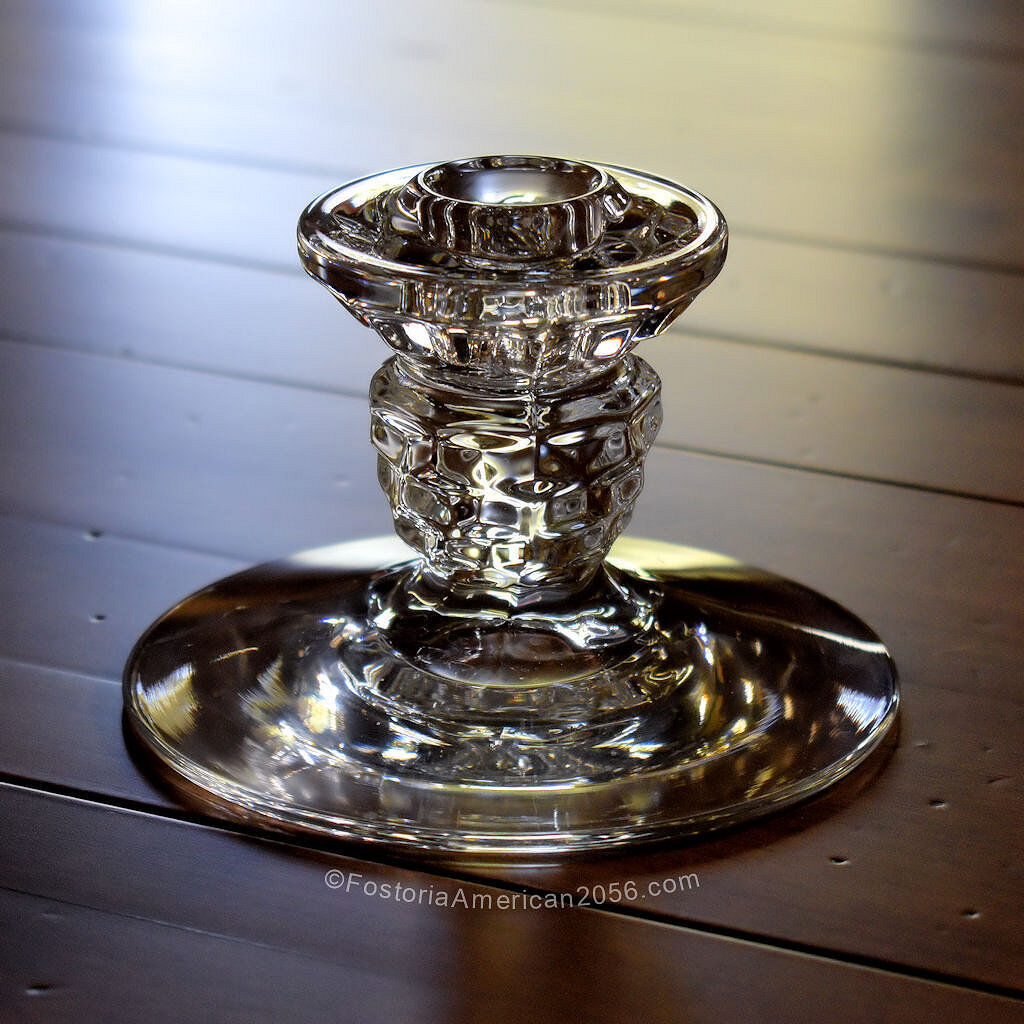 Out of all the candlesticks produced in the American pattern, this popular 3″ Candlestick is still one of the easiest to find today.  The diameter of the base is approximately 4½”, so it is wider than it is tall.  With a substantial base, it sits very securely on a tabletop. 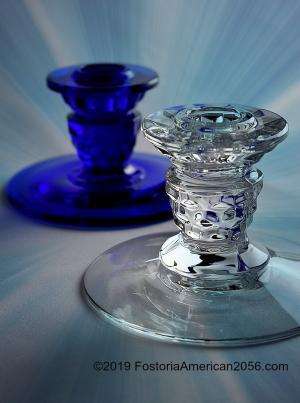 Fostoria Glass primarily produced this candlestick in clear crystal.  Dalzell Viking Glass also made it in a couple of different colors – light Pink, and a Green color.

L. E. Smith Glass went further into the color spectrum and produced these pieces in Cobalt Blue and Amber.  I will state; however, that the quality of glass and craftsmanship on the L. E. Smith pieces that I own are rather poor – especially when compared to those made by Fostoria Glass.

My personal opinion on these candlesticks is this … the ones actually produced at the Fostoria glass factory have the greatest clarity and craftsmanship of them all.  They; however, are also the most plentiful.  The colored candlesticks, whether produced by Dalzell Viking or L. E. Smith, are more difficult to find.  They had a much shorter production life.  They also offer a way to introduce color into your tablescape, which is always a nice option.