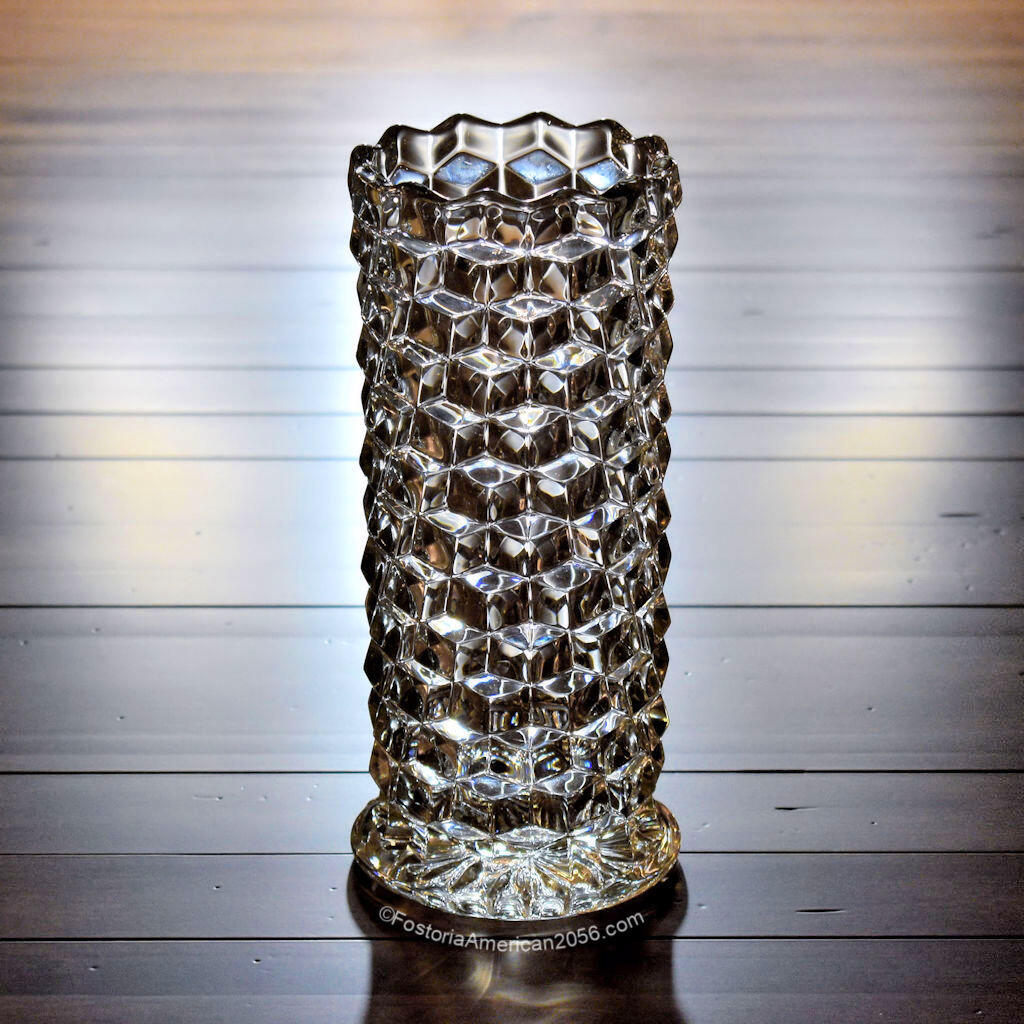 Fostoria Glass Company made a wide variety of vases in the American pattern.  All of their vases, in my opinion, are quite beautiful – from the small to the large variety.  This particular 10″ Vase, of which I own, is one of my most gorgeous pieces.  The glass is incredibly thick, silky smooth, and gleams with great brilliance.  It is crystal clear and magnificently made.

The “Vase” came in four different sizes – 6″, 8″, 10″ or a 12″.  The base of the 10″ Vase is approximately 4½” in diameter.  According to the Fostoria catalogs, the top opening diameter measurement is 4″ – which I found to be true when measuring my own piece. However, since all the vases were lovingly handmade, measurements are approximate and each piece could vary slightly. 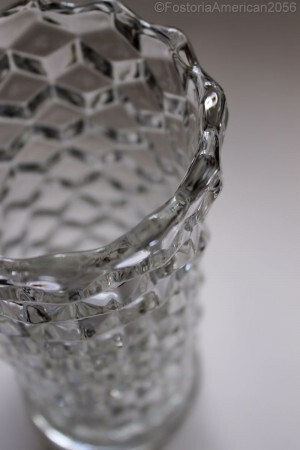 Almost identical to the rarer Straw Jar bottom, the two pieces are often confused with each other.  Though made from the same mould, the Straw Jar bottom was made with a bigger opening so that it could accommodate a cover (or lid).  If one tried to put a Straw Jar Cover on a piece that was designed to be a 10″ Vase,  it would not fit.  The cover is too big.  The picture posted here is that of a 10″ Vase, which has a smaller opening in comparison to a piece designed to be a Straw Jar.

The Fostoria American Vase – 10 Inch – was a pioneering piece of the initial 1915 catalog debut of the American pattern.  It was produced by the Fostoria Glass Company until the late 1950’s, and then later reproduced by Lancaster Colony.  Some people also refer to these vases as “Straight Vases”, based on their shape.  This would be an easy way to differentiate them from the other vases; however, that is not their official Fostoria name.

If you are interested in purchasing this piece, please click the following sponsored link for available Vases on eBay.