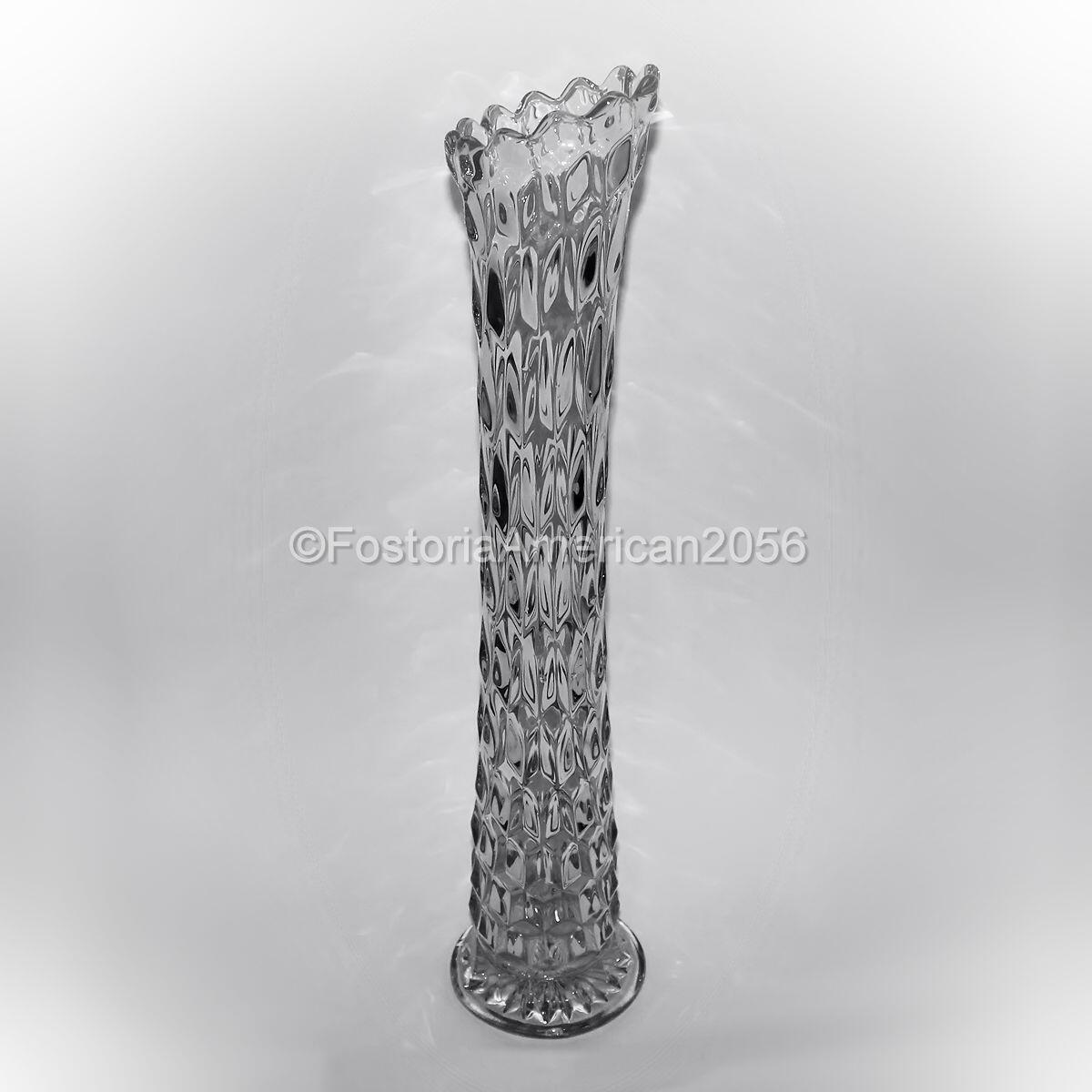 Swung Vases are fascinating, as they were literally swung into shape from various sizes of straight vases.  Heights range from 9″ all the way to 23″-26″. The Swung Vase pictured here is the 20″ size.  Vases vary in height by as much as 2-3 inches.  The height variation applies to all sizes, with the biggest variation found in the tallest Swung Vase.

The American pattern was introduced in 1915.  It was at this time that three Swung Vases made their debut. They were only made for about a decade, so they are a precious find.   The three sizes are: 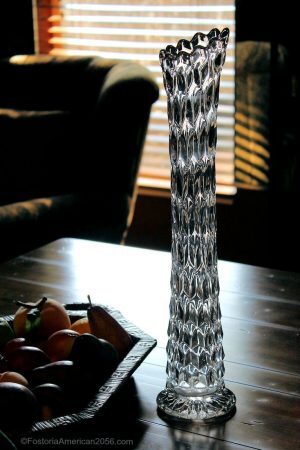 Even though the Swung Vases are tall and narrow, they do have a substantial base on which to sit.  This is very important, because truth be told … these vases could topple over much easier than other American vases.  Even so, this is one piece in the Fostoria American line that is exquisite to behold.  The Swung Vases are absolutely stunning.

If you are interested in learning more about price and availability, please click the following affiliate link for available Swung Vases on eBay.