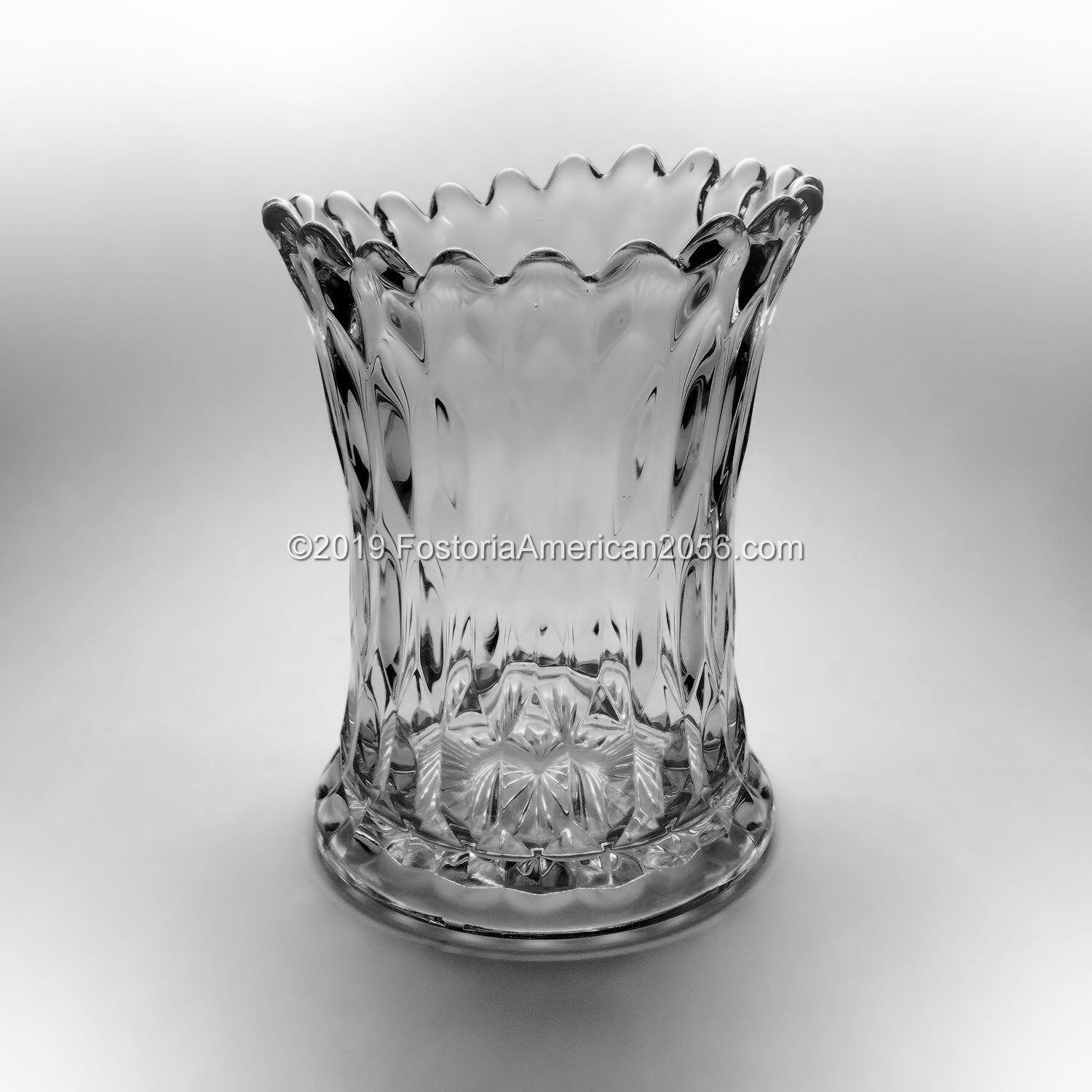 There were two Porch Vases produced in the American line – a Small Porch Vase and a Large Porch Vase. Both items debuted in the original 1915 catalog, which introduced the American pattern.  Due to their limited years of production, they are considered a rare find.  If you are lucky enough to find either size, you can expect to pay handsomely for it.

The Porch Vases are sometimes referred to as swung vases; however, that terminology is really incorrect.  Fostoria Glass never called them swung vases, even though they were “swung” in their glassmaking process.  Their official name from Fostoria Glass Company was simply a “Porch Vase”.  Other vases in the Fostoria American line were officially called Swung Vases, which are much more slender (and most times, taller) in appearance.  There is a definite difference in the way a Porch Vase and a Swung Vase look, even though both types of vases were swung to achieve their shape.

The Porch Vases were produced from the moulds of two Comport dishes, of differing sizes.  Hence, a Large and a Small Porch Vase. They were then swung into their desired shape and size.  Both of the Porch Vases can vary in height from 8 – 10 inches.  Most of the time the Large Porch Vase is slightly taller than the smaller version; however, that is not always true.  The original 1915 catalog from Fostoria Glass states that both of these vases had a height measurement between 8″-10″.  The real difference in size has more to do with their top diameter than their height.  The Large Porch Vase has a top diameter between 7 – 8 inches, while the Small Porch Vase has an approximate top diameter of 5 – 6 inches.

If you are interested in locating a similar item, please click the following sponsored link for available Porch Vases on eBay.

Don’t be surprised; however, if there are not any for sale.  Porch Vases are rare, and most people like to hold on to them.