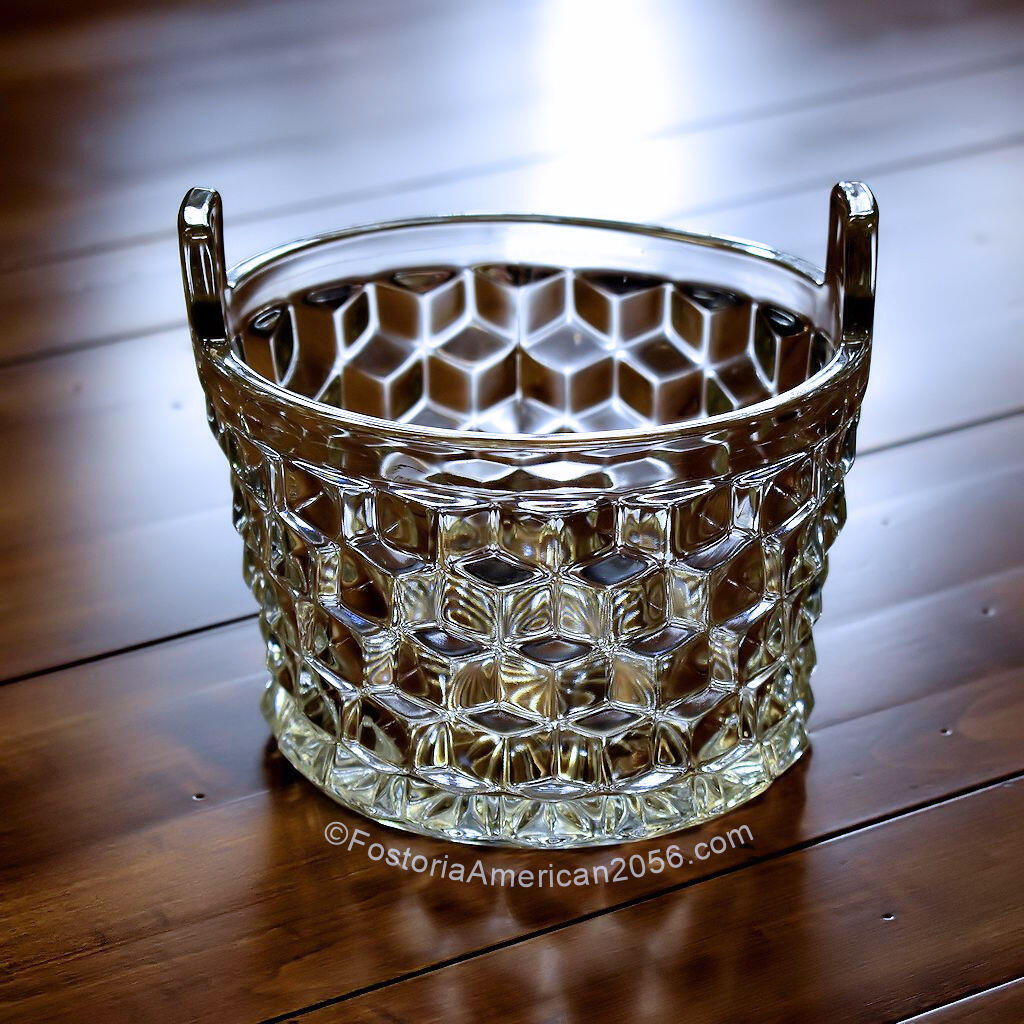 This is the very first Ice Tub produced in the American 2056 line.  When it first debuted in 1915, it was called the Crushed Ice Tub.  They only described it as such for a few years; thereafter, it was simply called an Ice Tub.  A separate Small Ice Tub Plate was also available for purchase, often paired with the Ice Tub.  They were not sold as a set, even though they were often used and shown together.  Each piece was sold separately. 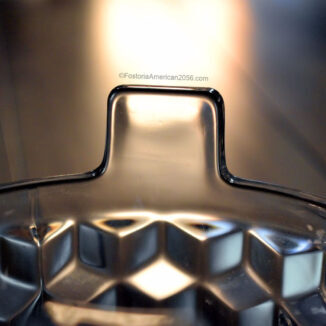 The American pattern produced two Ice Tubs, the small one featured in this post, and a larger Ice Tub (with a 6½” diameter).  Both sizes feature a tab on each side of the tub, ensuring easy handling and passing of said item.

If you are interested in learning more about current inventory and pricing for similar pieces, please click the following sponsored link for available Ice Tubs on eBay.