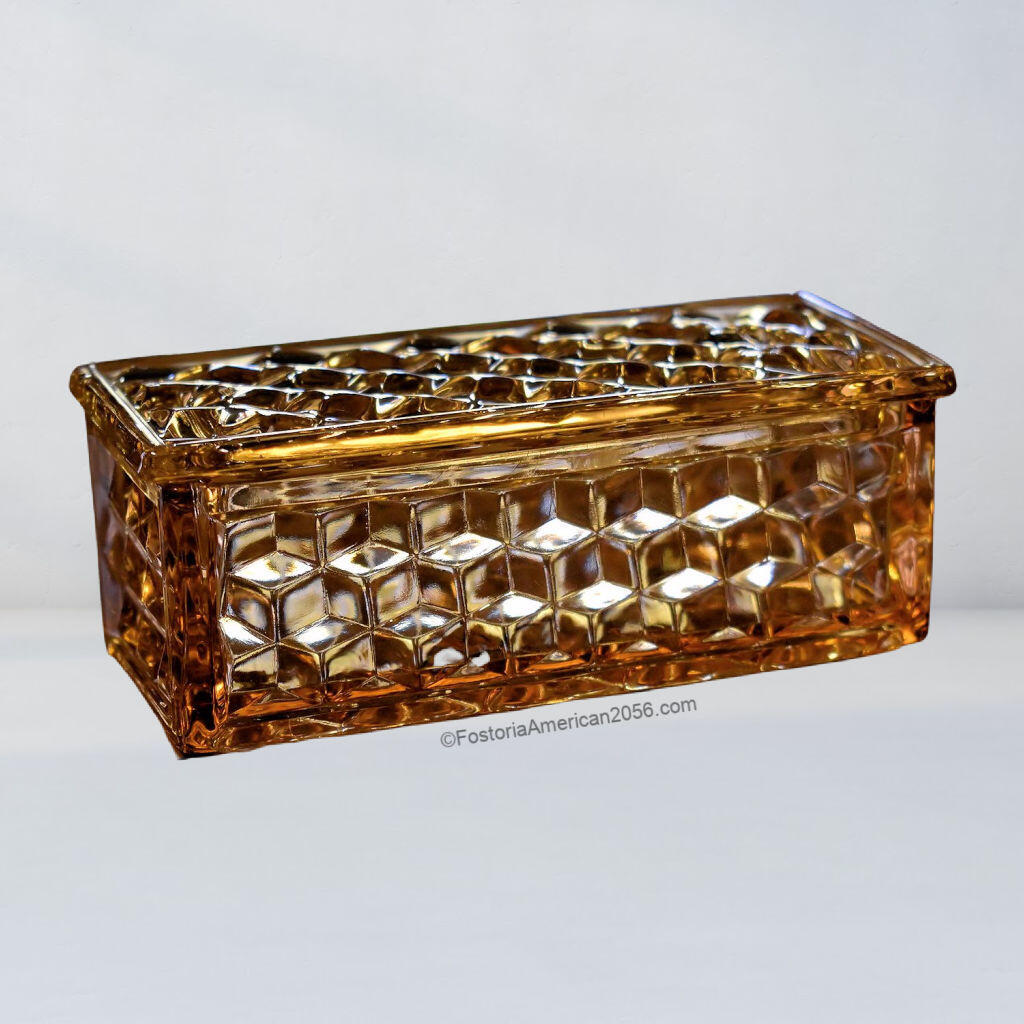 The Small Cigarette and Cover is approximately 5½” in length.  It consists of two separate pieces, the box and the cover.  This item was one of several pieces included in the colored Boudoir Sets of 1925-1926.

It’s important to note that Fostoria Glass also produced a Hair Receiver.  While the Hair Receiver would certainly qualify as a piece that was often kept in the bedroom or boudoir; it simply was not listed as being part of the colored Boudoir Set that debuted in 1925.  If you are interested in learning more about current availability and pricing for similar items, please click the following sponsored link for a variety of Small Cigarette Boxes on eBay.