This is the Fostoria American 10½” Sandwich Plate, and it is a versatile piece to have in your collection.  Since it is featured in Fostoria’s 1915 Catalog Supplement, we know – without a doubt – that it was produced in 1915 when Fostoria first introduced the American pattern.  Three different sized Sandwich Plates were introduced at that time – the 9″, 10½”, and the 11½”.

The 10½” Sandwich Plate had a long life and remained in the American line until approximately 1982.  It had the longest production run of all the Sandwich Plates. After Fostoria Glass closed its factory, this piece was later reproduced by the Lancaster Colony Corporation.

Published books on Fostoria American have stated that the Sandwich Plates used for the Handled Cake Tray and the Tid Bit Sets had edges that flared up higher than edges on the regular Sandwich Plates.  While I have seen this to be true on several pieces, I can attest that this summation is not always valid.  My personal Handled Cake Tray (factory produced, not homemade drilled) has a flared plate edge of only 1-inch; however, some of my regular 10½” Sandwich Plates have flared edges measuring in at 1¼” or higher.  These pieces were handmade, and with that comes size variations.

If you are interested in learning more about the current availability and pricing of Fostoria American Sandwich Plates, please click the following sponsored link for available Sandwich Plates on eBay. 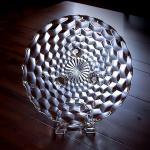 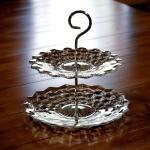 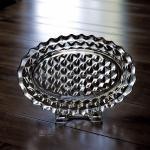 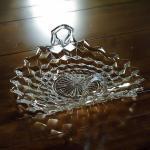 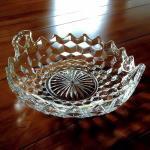 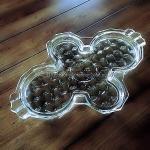 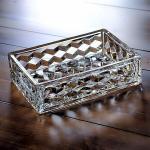 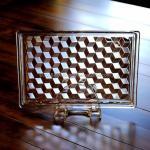 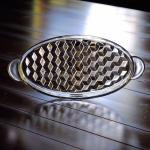 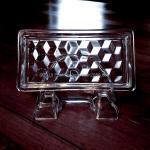 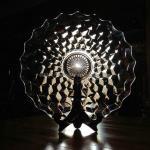 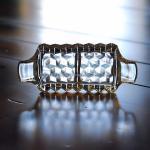 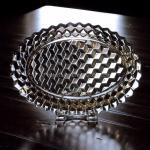