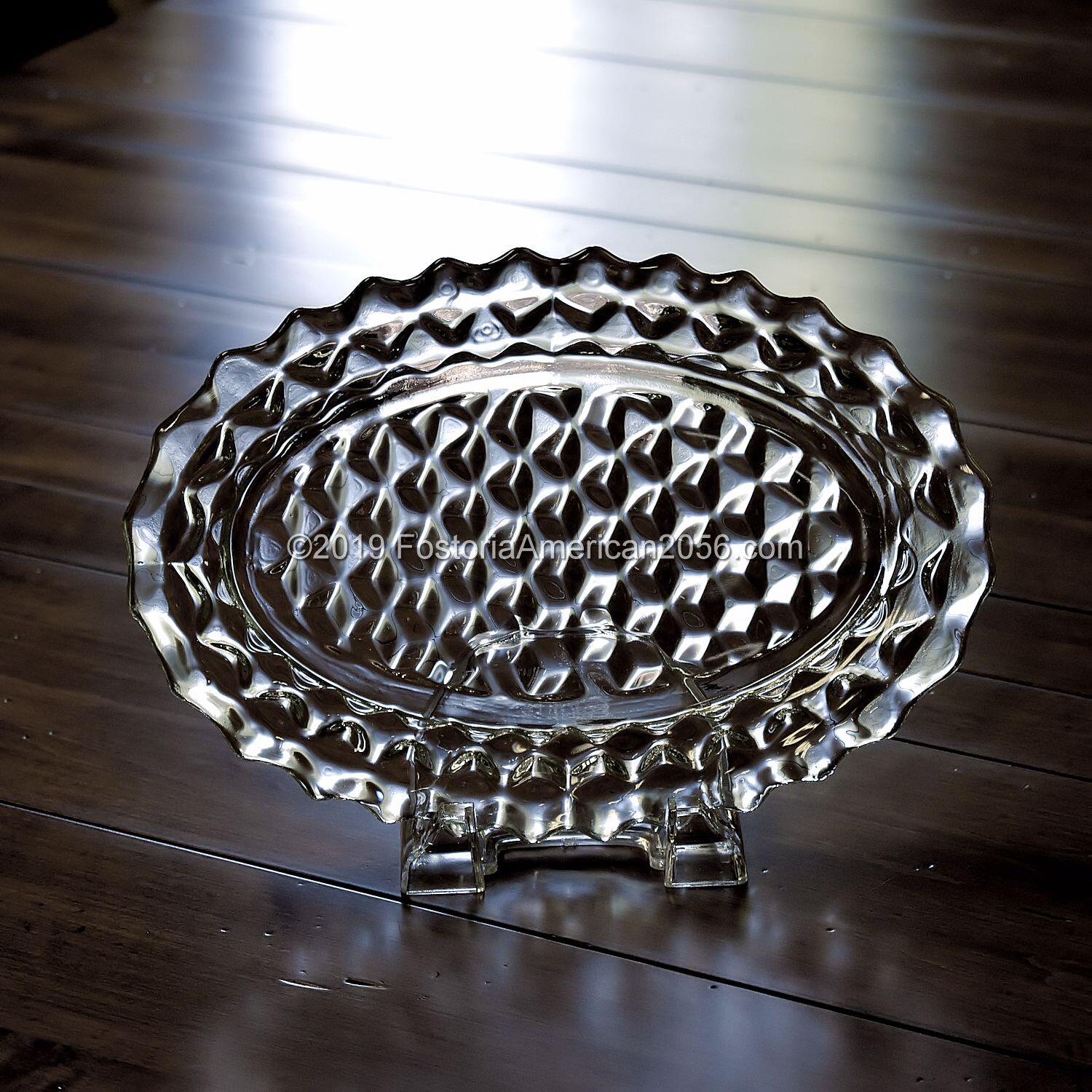 (aka Oval Comb and Brush Tray)

In addition to dinnerware and accessories, Fostoria Glass also produced Tortes, Trays, and Platters.  The American Oval Platter was available in two sizes – this smaller 10½” version, and a larger 12″ size.

When this item first emerged in 1916, it was described as the Oval Comb and Brush Tray.  When it comes to official names and descriptions by Fostoria, it can get confusing.  This is one such case, as Fostoria Glass also referred to other items in the American line as “Comb and Brush Trays”.  Therefore, it is always important to look for the production dates of any described item, as that will help lead you in the right direction of what that particular item was called at any particular period in time.  You will have to check the sizes too, as there are times when two identical names/descriptions can be seen in the same catalog year.  The only way to tell them apart is to look at their measurements.

This piece began its life in 1916 as the Oval Comb and Brush Tray and it stayed in production for approximately seven years.  It was then discontinued, only to emerge again (ten years later) under the name of the 10½” Oval Platter.  It remained under that name until it finally retired in 1970.  Obviously, due to the different names and descriptions of this piece, it will prove to be a very versatile and useful item in your American collection.

If you are interested in learning more about current availability and pricing for similar items, please click the following sponsored link for available Oval Platters on eBay.