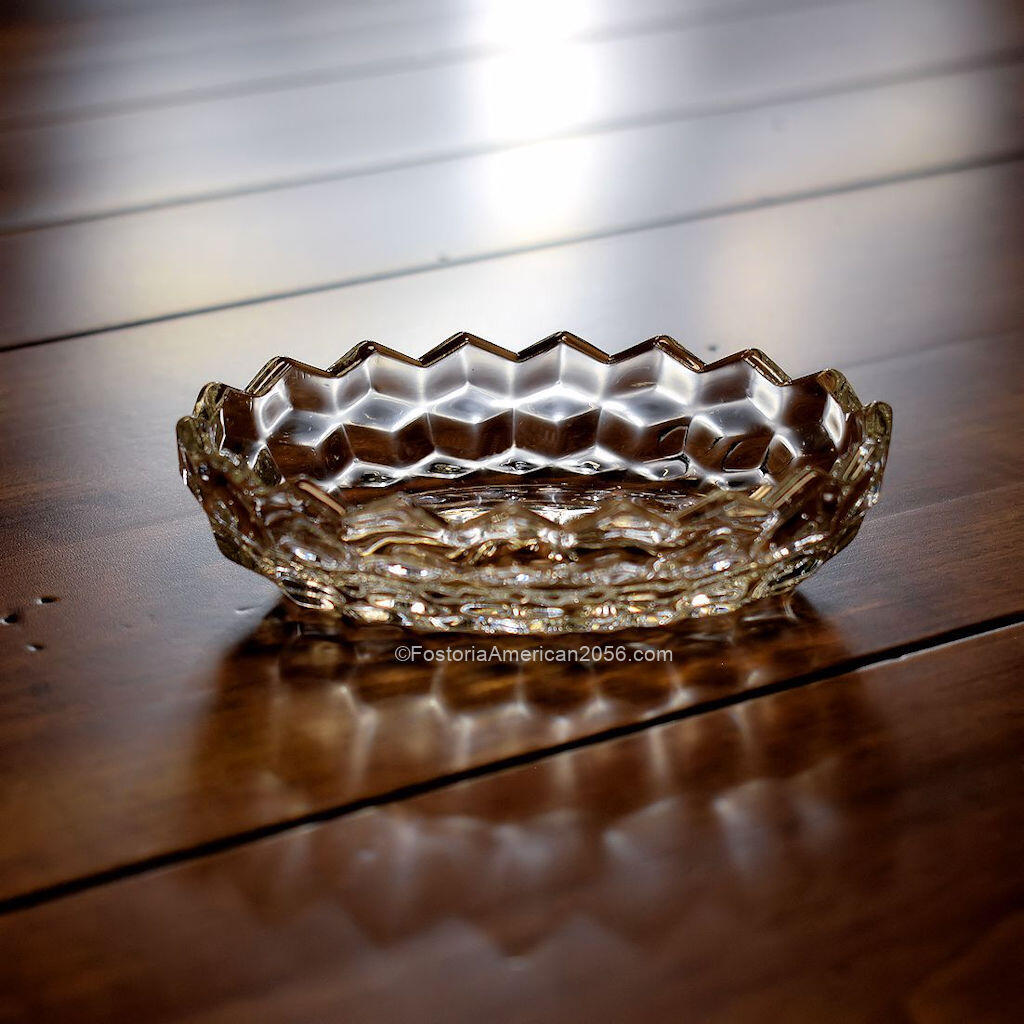 (aka Almond and/or Oval)

The Oval Almond is a pioneering piece in the American pattern, debuting in 1915.  Dates from published authors will vary greatly on this piece, as it was produced sporadically throughout the years.  It started off as the Oval Almond; however, it was also known as the “Almond” or “Oval” dish.  For example, Fostoria referred to it as the Almond in 1944.  It was taken out of production shortly thereafter, and when it re-emerged a few years later, it was then called the Oval.  This little dish was in and out of production at different points in time.

When Fostoria Glass produced the Oval Almond, it was made in clear crystal.  After the company closed down, most of their moulds were purchased by other glass companies.  Therefore, if you see this item in color, chances are that it is a reproduction.  Wilkerson Glass produced this piece in a few different colors, from the original Fostoria American mould.

If you are interested in learning more about current inventory and pricing for similar pieces, please click the following sponsored link for available Oval Almonds on eBay.