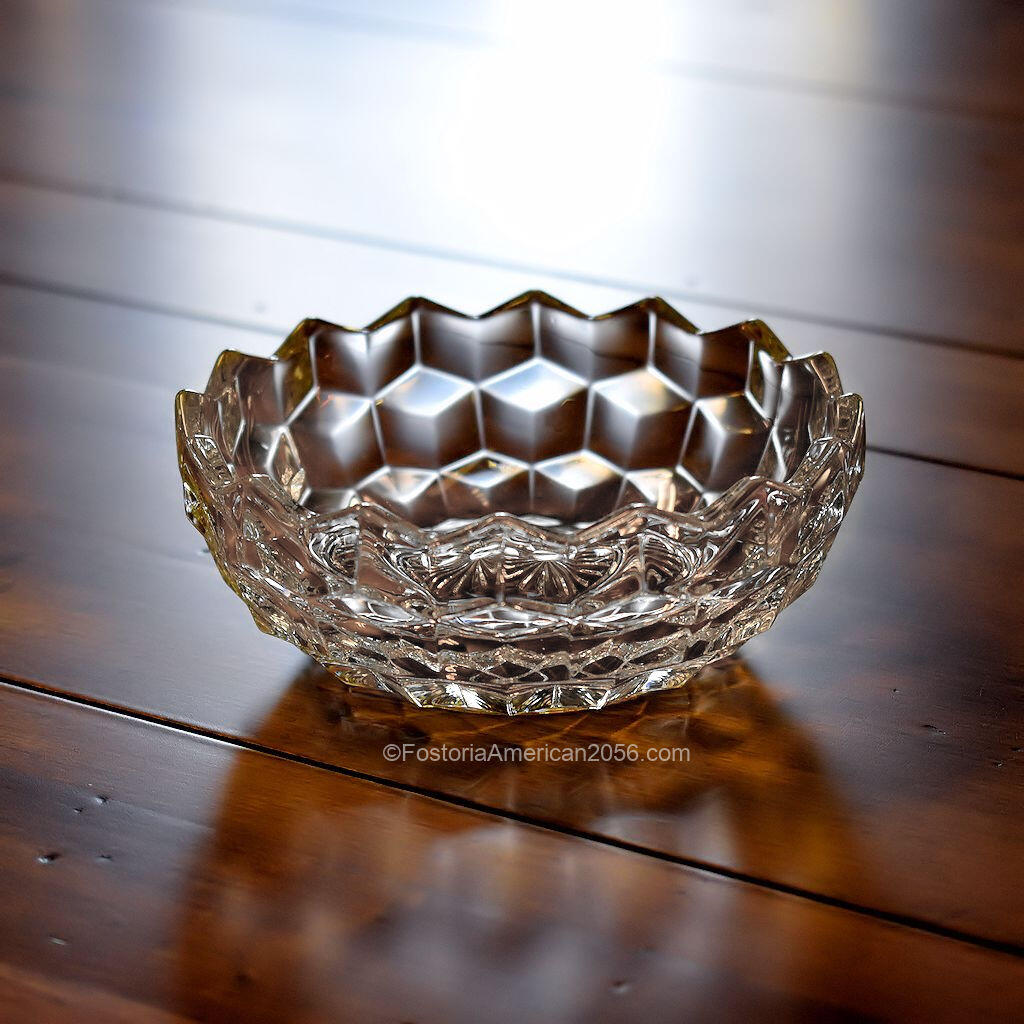 Fostoria Glass made a large variety of Nappy dishes in their American pattern.  Of all the regular Nappies, this 4½” Nappy is the smallest.  It is also one of the select few that was lucky enough to be in production from the time the line debuted in 1915 until the glass factory closed.  Therefore, it has a long and proud life. 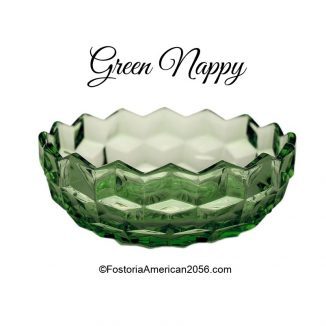 The #495 Nappy is about 1¾” in height, 4½” in diameter, is round in shape, and is without a handle.  It is the “regular” Nappy.  This regular Nappy is special; however, as it was also offered in a beautiful green color.  While it was mainly produced in clear crystal, there was a brief period of time in 1925-1926 when it was available in green as well.  Every now and again you will see this 4½” Nappy in another Fostoria color, other than green.  These harder-to-find colors are either samples, whimsies, or one-of-a-kinds.  The only Nappy color that was officially produced by Fostoria in a regular production run (though limited) was the green color.

Once the Fostoria Glass Factory closed in the 1980’s, Dalzell Viking produced pieces in a light blue and pink/cranberry color.  These items are hard to find too, and in my opinion, lack the luster and silky finish that the original Fostoria Nappies had.  The Dalzell Viking pieces were produced somewhere between 1986 and 1998.

Nappies are considered little bowls, and you can use them for a multitude of purposes.  Luckily for us, Fostoria Glass made a wide assortment of them in the American pattern!  If you are interested in purchasing a similar Fostoria American Nappy, please click the following sponsored link for available 4½” Nappies on eBay.