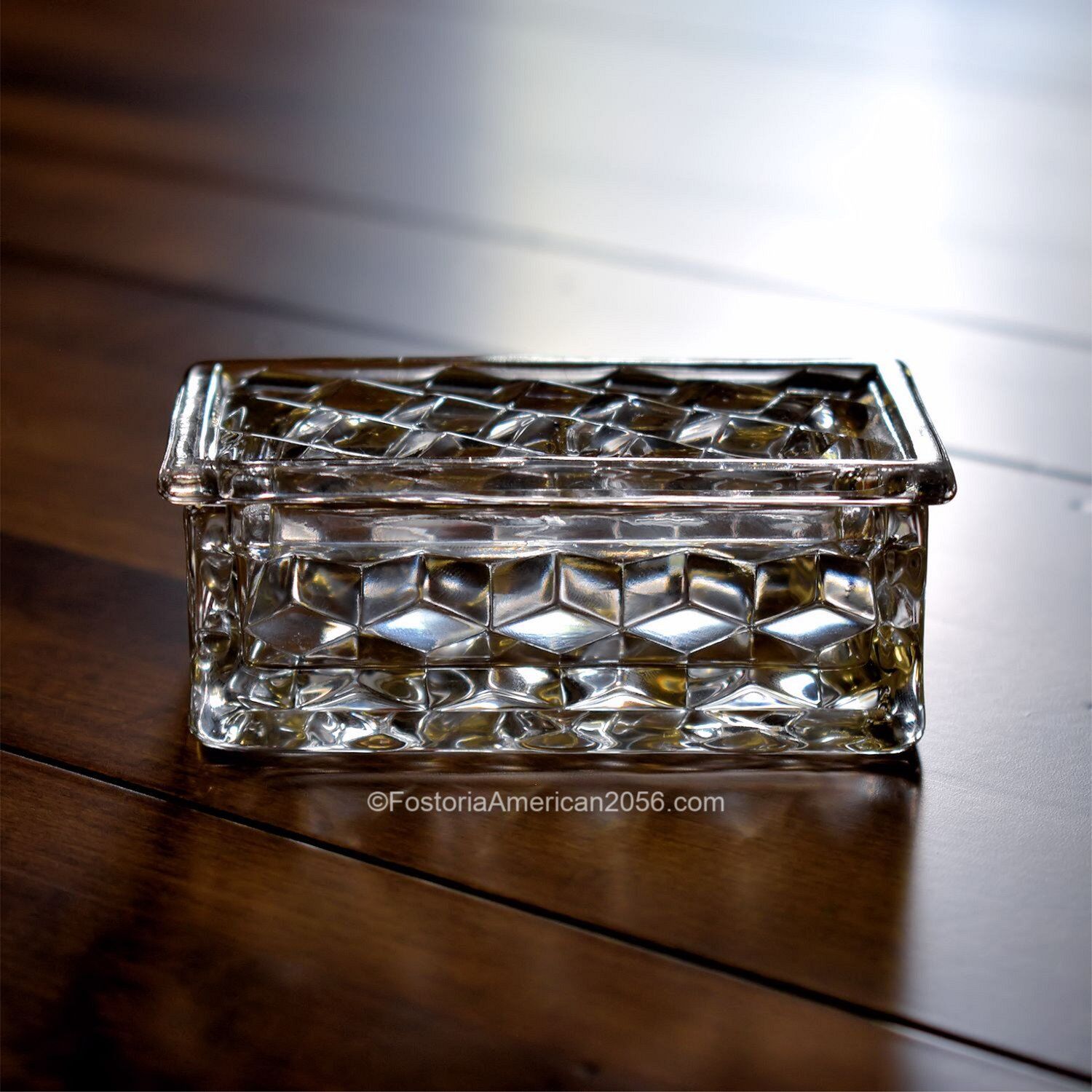 This little box went by two names – the Match Box and the Hair Pin Box & Cover.  This item was first introduced in 1915 as the Hair Pin Box, and stayed in production under that same name until approximately 1925.  It is important to note that this box was only referred to as a “Match Box” when it was used in the crystal 5-Piece Boudoir Set from 1918-1924.  During those same years, this item was available for purchase as a solo Hair Pin Box, or one could purchase the Boudoir Set (which contained the exact same box, labeled as a Match Box).

Later, around 1925, the Boudoir Set eliminated the Match Box and replaced it with the Oval Ash Tray and Safety Match Stand.  If you are interested in learning more about current availability and pricing for similar items, please click the following sponsored link for Match and/or Hair Pin Boxes on eBay.