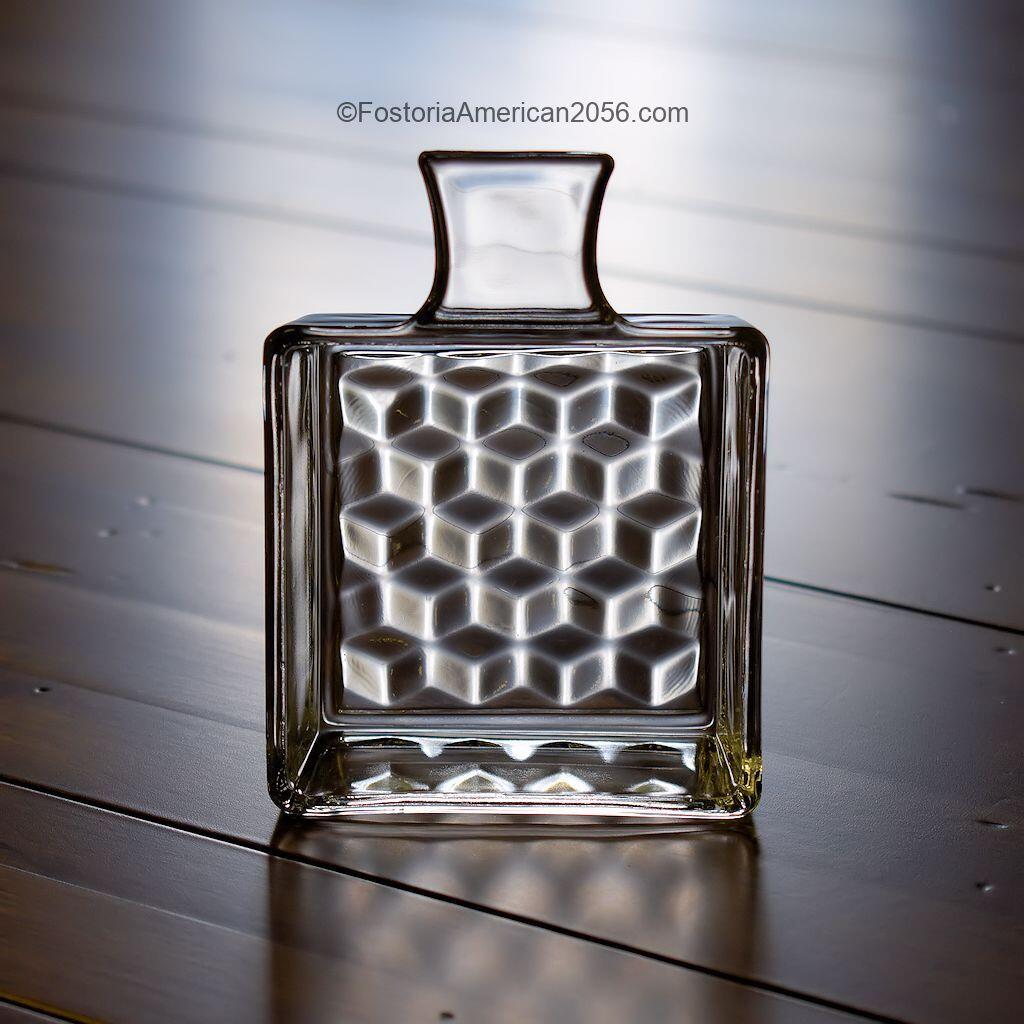 The Individual Appetizer is another piece in the Fostoria American line that had two lives.  It first joined the pattern around 1918 as the “Handled Ice Cream”.  It was part of the Ice Cream Set, which included the 10½” Oblong Tray and six of the Handled Ice Creams.  It was taken out of production in the late 1920’s, and reintroduced in 1934 as the Individual Appetizer.  This versatile piece was in and out of production a couple of times throughout its life. 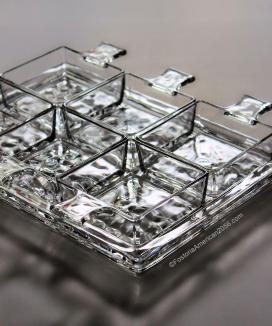 No matter the year made, or its name at the time, this piece always had the option of being used as a set with the Oblong Tray.  Even so, the piece was also available for purchase by itself – with it’s own Fostoria ID number.  It can be used with, or without, the Oblong Tray.

If you use this piece as an Individual Appetizer, small portions of meat and cheese, hummus and veggies, crackers and/or fruit, would be most appropriate.  If used with the tray, you could fill up each tray with something different – such as berries, nuts, dips, cheese, bread, etc.  Your choices are endless!

If you are lucky enough you might stumble across an Amber colored set … or perhaps one with a silver-overlay!  If you are interested in purchasing similar items in the American line, please click the following sponsored link for available Individual Appetizers on eBay.