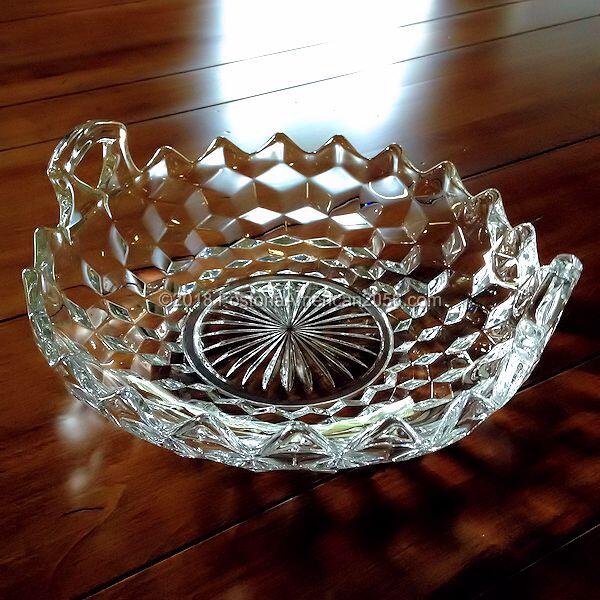 The Handled Utility Tray was introduced in the 1940’s and it remained in production until 1982.  From handle to handle, it is approximately 9″ in diameter.  The edges of the tray curve upwards, and are about 2½” high.  I have noticed slight size fluctuations regarding this tray, so one can expect that some items will have higher (or lower) side measurements. 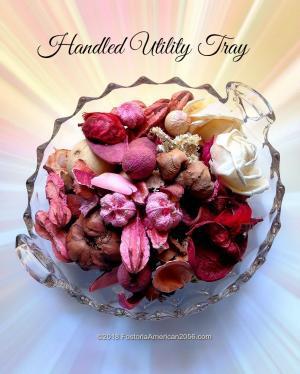 As a noun, the word “utility” means the state of being useful, profitable, or beneficial.  That being said, the Handled Utility Tray’s greatest advantage is that it can be used for multiple applications.  While serving food is one of the most common uses of the tray, it can also be utilized for many things – from displaying flowers to holding potpourri.  The possibilities are endless!

The Handled Utility Tray is not hard to find; however, it doesn’t appear to be as plentiful as some of the other American pieces.  For me, personally, I have had better luck locating them online versus treasure hunting.  If you are interested in learning more about current availability and pricing for this piece, please click the following sponsored link for available Handled Utility Trays on eBay.