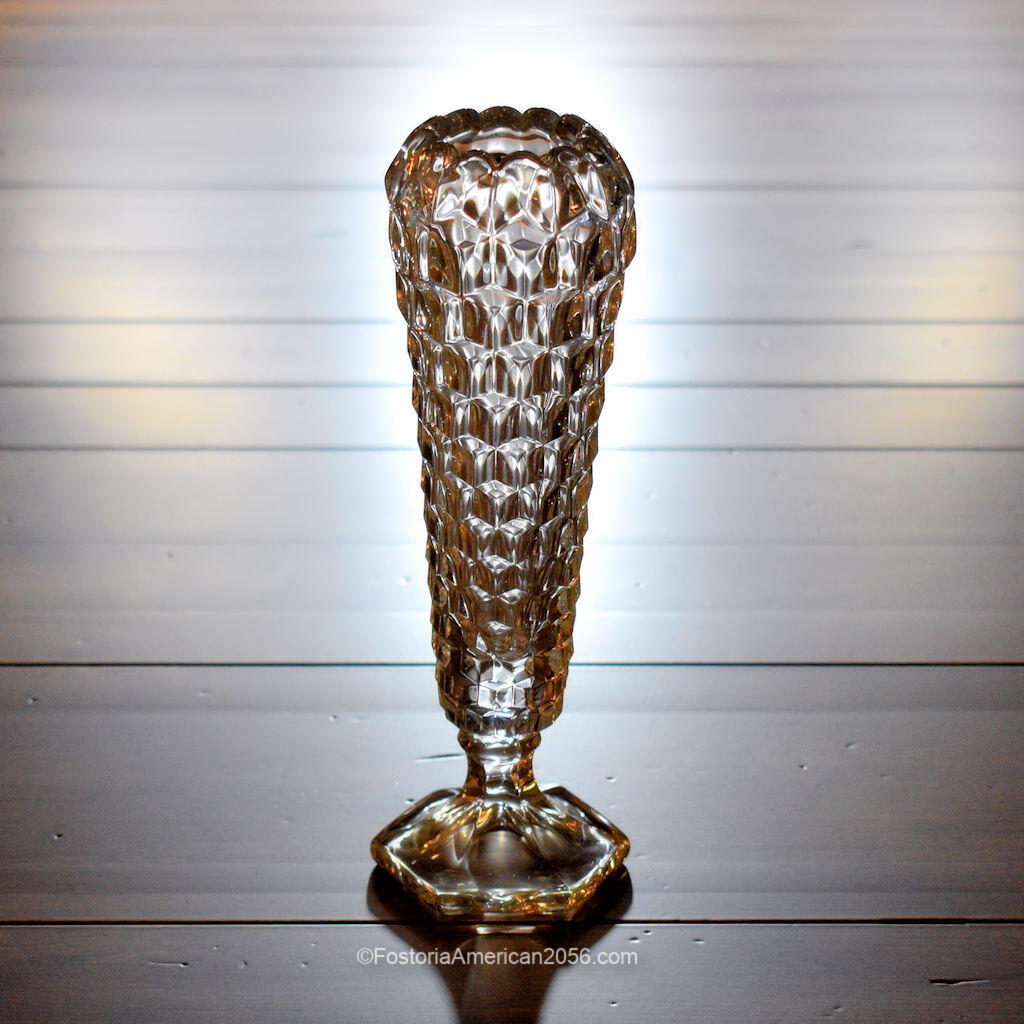 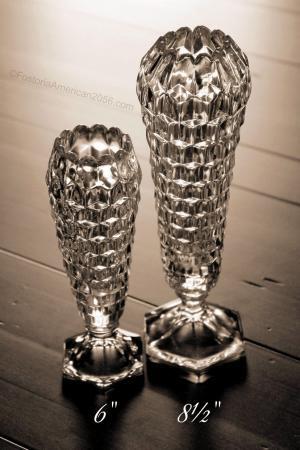 After the Fostoria Glass Company closed its doors, several moulds in the American line were then transferred over to the new owner, Lancaster Colony. Thereafter, several pieces in the Fostoria American line were produced by other glass companies, such as Dalzell-Viking, etc.   The Footed Bud Vases, Cupped or Flared, were some of the pieces that were “reproduced” by other glass factories. Slight variations in quality and/or appearance are possible when comparing a reproduced piece to an item made at the original Fostoria Glass factory.

The Cupped Bud Vases are very substantial for their size.  Both versions, the 6″ and the 8½”, are quite beautiful.  They were made for many years by the Fostoria Glass Company, and were still being produced until the early 1980’s.  The smaller 6″ size was introduced first, with the 8½” size being introduced a few years later.

If you are interested in purchasing similar vases, please click the following sponsored link for available Bud Vases, Cupped, on eBay.