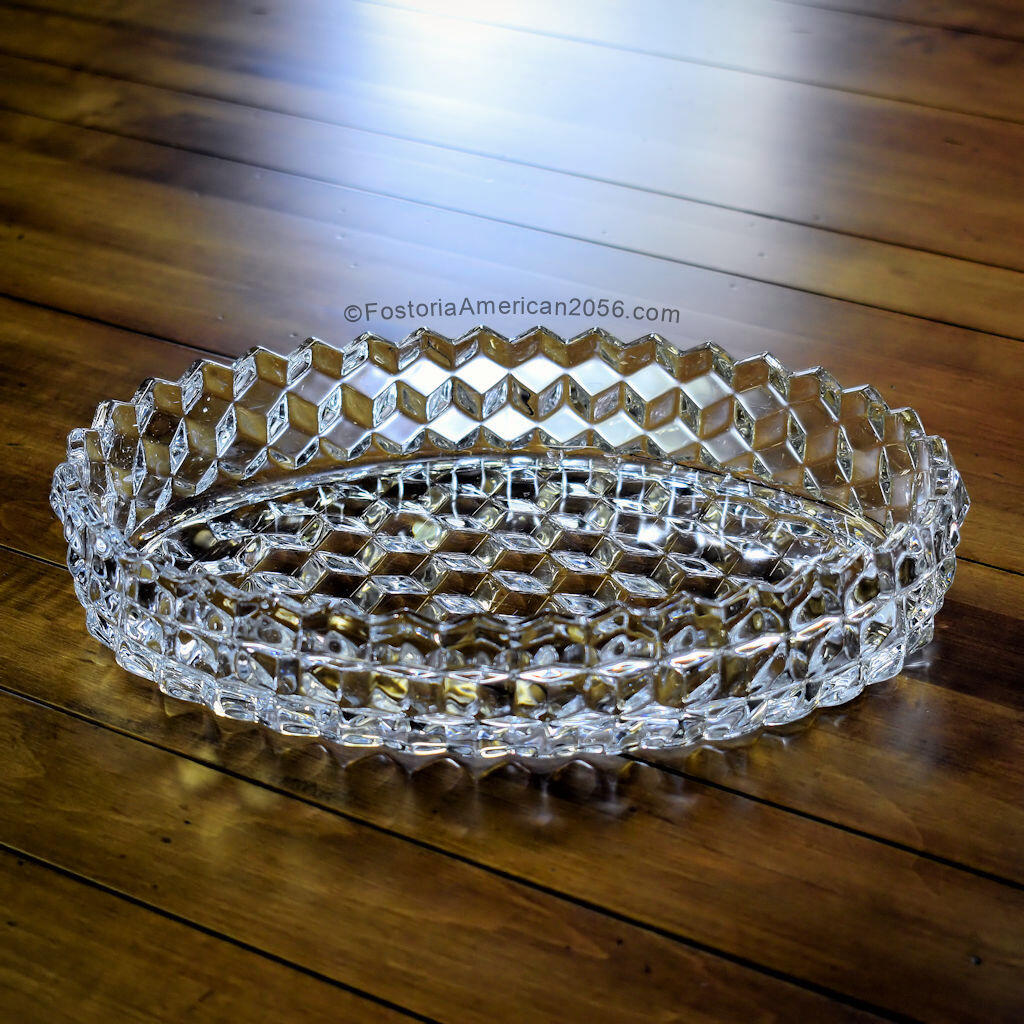 These particular items have proven to be somewhat confusing for some collectors, so I will try and consolidate the information for all three sizes into one post.  The first thing we need to address are their official names.  These items were first introduced as “Ovals”.  It was not until almost twenty years later that Fostoria Glass started to refer to some of them as “Floating Gardens”.  Once their name changed to a Floating Garden, it remained so throughout their life.

Regarding sizes, I am giving approximate measurements – as the catalogs and price lists show slightly different sizes over the years – but never more or less than about ½” in length.  For example, in 1915 the first Oval started off as 11½” in length – yet at other times, Fostoria lists it as an 11″ Oval.  Most of the larger Floating Gardens/Ovals will be between 11″- 11½” in length.  The height of the piece is approximately 2⅛”.  Please remember that the sizing of Fostoria American items is not exact, and it is wise to expect slight variations from what the “published” data might represent.

The very first item to debut was in 1915, and it was the larger 11½” Oval.  The other two smaller Ovals were introduced in 1916.  Out of the three different sizes, the smaller 9″ Oval had the shortest production life.  It is the hardest size to find, and a bit reclusive.  Since the 9″ Oval was only produced until the late 1920s, and the name changes did not occur until approximately 1934, this piece was only known as the 9″ Oval.

The 10″ Floating Garden had the longest life of all three sizes.  It debuted in 1916 and it’s last year of production was in 1973.  The larger 11½” Floating Garden was last produced in 1958.  Both sizes were primarily in constant production throughout their lives; however, there were a few intermittent years, including wartime, when they were dropped from the 2056 production line.

If you are interested in learning more about current availability and pricing for similar items, please click the following sponsored link for Floating Gardens/Ovals on eBay.