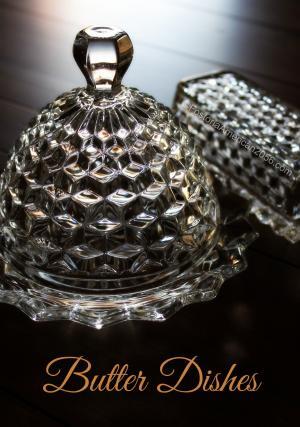 The following list is short, but complete.  Fostoria Glass only made two butter dishes in the American line. There obviously are other serving pieces that could also be used for serving butter; however, these are the two covered containers that Fostoria considered their Butter & Covers.

If you are interested in purchasing similar Fostoria American items, please click the following sponsored link for available Butter Dishes on eBay.